The prices of bank stocks will split further in 2022 due to the revenue, profit prospects, low bad debt risk and position of each bank.

The year 2021 witnessed two opposite sides to bank stock prices. Specifically, prices of key bank stocks increased sharply from April 2020 in line with the rising trend of the stock market and reached their highest-ever prices in June 2021. After that, these stocks were subject to a decline and went flat in the second half of 2021.

Since early this year, bank stocks have risen again, sending the sector’s market capitalization to some VND1.9 quadrillion. The price-to-book (P/B) ratio of bank stocks has been hovering around 2.2 times, higher than the average 1.93 times in the 2016-2021 period.

With this P/B ratio, many experts believed that the prices of many banks would no longer be low. In addition, risks relating to bad debts have increased, while the State Bank of Vietnam’s regulations on the debt payment deadline extension will become void in June 2022.

It will depend on the position of banks to seek bank stocks, which are likely to rise further. The position will involve a bank’s characteristics, such as raising the foreign ownership cap, changes in stakeholders after mergers and acquisitions, the capacity to divest from their subsidiaries and these subsidiaries’ initial public offering (IPO). These factors may affect the prices of some bank stocks.

The STB stock of Sacombank has been attracting the interest of investors since the end of December last year. Sacombank used to be the leading bank among private banks in terms of scale, market share, retail banking and services for small and medium enterprises, but its stock was ignored for a long time due to its merger and bad debts. At present, despite being old, gossip about the possibility of the auction of 32.5% of STB shares at the starting price of VND34,000 per share (the price was mentioned at Sacombank’s 2021 shareholders’ meeting) has attracted the interest of investors. In 2022, if the auction is successful, Sacombank’s share price may be much higher than the current price after the bank has a new owner. Many domestic investors have been expecting Sacombank to recover like ACB did in 2017.

As for the stock of Eximbank (EIB), investors have been hoping for SMBC’s divestment of 15% of charter capital at the bank. If successful, it will be easier for SMBC to become a strategic partner of VPBank. According to regulations on the contribution of capital to credit institutions, a foreign financial group cannot be a long-term and large strategic partner (holding 15% of the charter capital) of two credit institutions. SMBC and VPBank have completed a deal to transfer 49% of charter capital at FE Credit, a consumer finance company of VPBank, and enhanced cooperation with VPBank in 2021, so SMBC is likely to become a strategic stakeholder of VPBank.

Many investors believed that SMBC’s divestment would help other stakeholders and groups of stakeholders have enough shares to dominate Eximbank. However, disputes among stakeholders were one of the factors that has hit the business performance of Eximbank over the past few years. If large shareholders can join hands, Eximbank would be able to recover in the near future.

In addition, the price of the PGB stock of PG Bank increased from VND25,000 to VND37,000 per share at the beginning of December last year thanks to news about the possibility of a large shareholder, Petrolimex’s, divestment. As of September 30, 2021, Petrolimex made 11 investments worth VND2.992 trillion in affiliated companies, with the largest investment of over VND1.65 trillion being poured into PG Bank, or 40.57% of the bank’s charter capital.

At present, most banks in the market have had controlling shareholder groups. With the high ownership rate and the divestment plan, Petrolimex’s divestment from PG Bank has attracted the attention in the context that establishing new banks is nearly impossible. 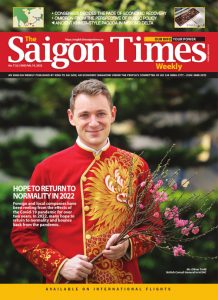 Besides factors involving the ownership restructuring, some banks have their own interesting stories. For example, VPBank, after having discouraged investors for a long time as its stock was gloomy in the second half of 2021, has seen a promising outlook thanks to its plan to transfer its charter capital. A representative of the bank’s management board said at its shareholders’ meeting that VPBank would sell 15% of its shares to strategic foreign investors. The deal is expected to be completed in the first half of 2022.

The divestment from an IPO at subsidiaries will also buoy the prices of some bank stocks. For example, MSB has been negotiating with foreign partners and awaiting the approval of the State Bank of Vietnam to divest all of its charter capital from FFCOM, which has a charter capital of VND600 billion. MSB leaders expected the divestment from this consumer finance company would help earn VND1.8-2 trillion, supporting the bank’s profit growth in 2022.

As for Techcombank, its subsidiary, TCBS, is an efficient arm of the bank in developing bonds. Accordingly, TCBS’s IPO will help the market realize the company’s value and reappraise Techcombank as the bank currently holds 89% of TCBS. TCBS planned to launch its IPO in early 2023 to develop the company into a strong asset management technology company in the region.