Banks have faced pressure to increase their charter capital over the past few years to enhance their financial capacity and improve safety indicators to get closer to international standards.

In 2022, 22 banks have planned to increase their charter capital by a total of VND154 trillion, the highest ever. The figure is 1.5 times higher than the VND100 trillion planned last year. If three State-owned commercial banks—the Bank for Foreign Trade of Vietnam (Vietcombank), the Bank for Investment and Development of Vietnam (BIDV) and the Vietnam Joint Stock Commercial Bank of Industry and Trade (VietinBank)—which account for nearly 23% of the total increased charter capital, are not taken into account, private commercial banks are seeking to increase their charter capital by nearly VND119 trillion.

Vietnam Prosperity Joint Stock Commercial Bank (VPBank) registered the highest increase, at VND34.2 trillion, or 76% over 2021. It is followed by Vietcombank with VND18.8 trillion, equivalent to a surge of some 51%.

However, regarding the relative growth rate, Nam A Bank registered the highest growth, at 106%, although its absolute increased amount is only VND5.4 trillion. It is followed by LienVietPostBank, with a growth rate of 76.5%. VPBank ranks third despite the highest absolute growth, while Viet A occupies the fourth position, followed by SeABank, which expected growth of 54%.

Banks will raise their charter capital mainly by using their profits to pay share dividends, and issuing bonus shares, extra shares to existing shareholders and ESOP (Employee Stock Ownership Plan) shares. Only a few banks have plans to offer their shares to strategic partners, including VPBank, SHB and OCB. 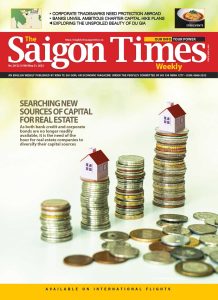 As stated earlier, banks have faced pressure to increase their charter capital over the past few years. Under a plan to restructure the economy in the 2021-2025 period issued by the Government, all commercial banks, excluding poor-performing ones, were expected to apply the Basel II standards.

According to the credit rating agency Fitch Ratings, State-owned banks’ CAR is at 9.2% on average, while the average ratio of joint stock banks is 11.4%. Vietnamese banks’ capital may pick up some US$10.7 billion in the next two to three years to meet safety standards.

Additionally, the fiercer competition in the market due to the appearance of FinTech firms, the digital transformation demand to meet development strategies in the new era and the enhancement of risk management have forced banks to increase their charter capital to ensure enough resources for investment activities and the upgrade of their information technology and management systems.

According to the forecast by the State Bank of Vietnam (SBV), in the next three to five years, digital banks will see minimum revenue growth of 10% each, and 58.1% of credit institutions expect that more than 60% of their customers would use digital transaction channels and the number of customers would expand over 50% each.

With the ongoing economic recovery resulting in the strong demand for borrowing loans, banks have been motivated to raise their charter capital to meet their business development targets in the coming periods. The banking sector’s credit growth target was set at 14%. However, according to the central bank, credit grew 6.75% in the first four months of the year, 1.5 times higher than the 4.14% in the same period last year and equivalent to the 48% of the credit growth target set for this year.

The surge in charter capital will also put banks under pressure to earn equivalent profits, so they may accept more adventurous business solutions to ensure profitability, especially issuing more shares to existing stakeholders or strategic partners. Nevertheless, due to the unfavorable developments of the stock market since early last month, the charter capital hike by issuing more shares to existing shareholders or offering shares to investors will be challenging.

If charter capital hike plans are successful, they will help slow down the interest rate hike this year as the pressure on banks to mobilize capital will be lighter. Techcombank is a typical example. Its charter capital has risen strongly since it listed its shares in 2018, which helped the bank keep deposit rates at low levels, even lower than those of State-owned commercial banks.