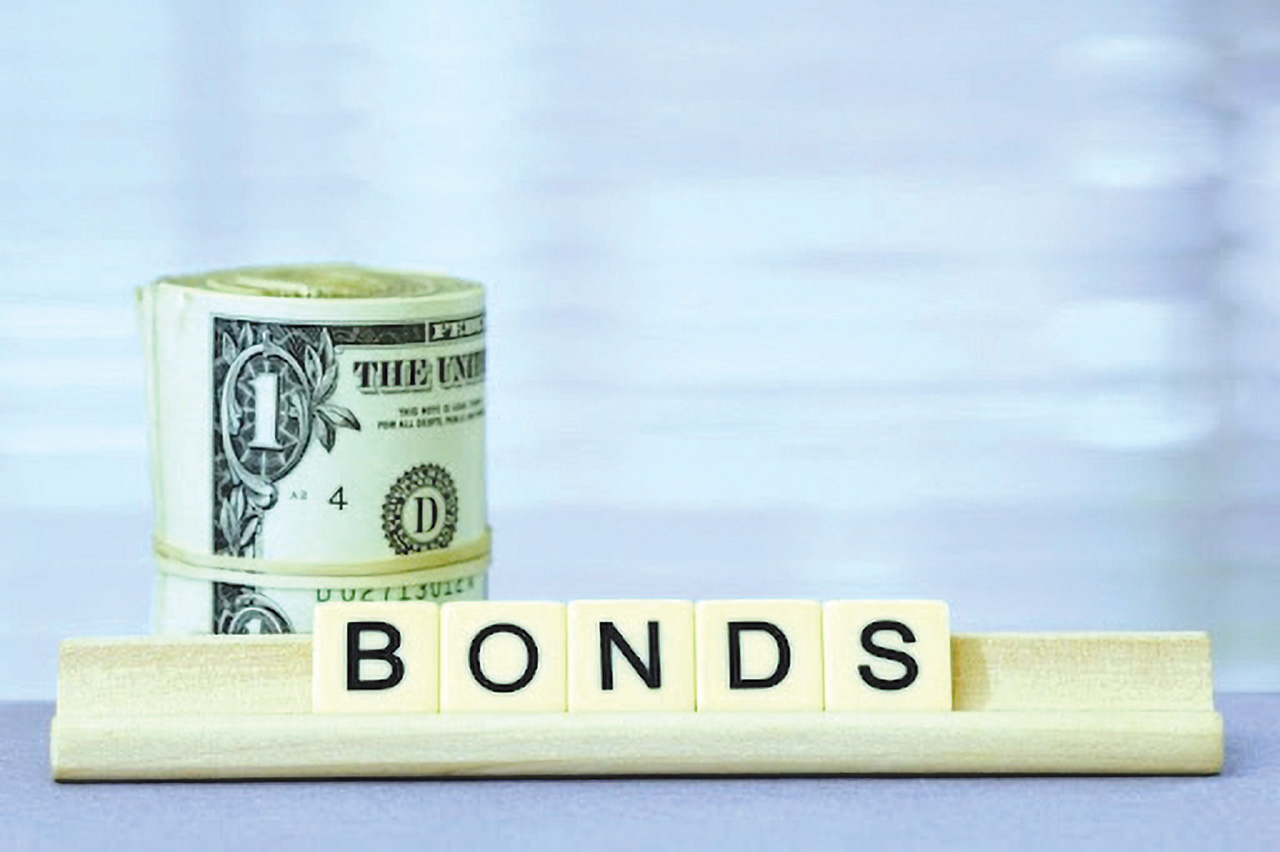 Outstanding corporate bonds have totaled VND1.4-1.5 million billion, with the demand for capital mobilization via this channel still growing

As high as 9.3% per year is the yield of the 365-day corporate bonds issued by AD Group, which employees of a bank are now offering to their customers.

Compared to savings in this bank for the same term, the bond coupon rate is two percentage points higher. However, unlike savings, with a meagre demand deposit rate set for early withdrawals, corporate bonds, if kept for at least 183 days, fetch their holders an unchanged yield or a discount rate not significantly lower.

Corporate bonds usually have a long term, at least 12 months. Normally, businesses issue bonds with a term of 1-3 years to ensure compliance with legal regulations. However, in reality, most corporate bonds come with a clause that allows the buyer to sell them back to the issuer after 180 days. In some cases, depending on the time of issuance, the issuer makes it 185 days to be exactly equivalent to six whole months.

The six-month holding period is the essence of corporate bonds. Bank savers opt for a six-month term to enjoy an interest rate higher than the current ceiling rate of 4% per year (the ceiling interest rate on short-term deposits of under six months is now 4% per annum as prescribed by the central bank). Around 75% of deposits in banks are currently under 12 months. To attract bond buyers, issuing companies offer a six-month holding condition to compete with banks.

The flexible six-month holding term paves the way to circumvent regulations, but at the same time, it is a source of pressure that urges the issuer to prepare enough resources to refinance their corporate bonds every six months. For this reason, corporate bond issuers need a stable source of capital from production, business or commercial services.

Alternatively, they have to launch new bond issues to raise sufficient finance to buy back their bonds every six months.

In the general structure of corporate bonds, those issued by banks (to boost their tier-two capital) in 2021 earlier made up about one-third, whereas the rest were sold by real estate, construction, and travel companies. Meanwhile, according to the data recently published by the Ministry of Finance, corporate bonds privately placed in the first quarter of 2022 totaled VND136.5 trillion, 70% of which were offered by realty firms. Those issued by banks fell to 4.85%—a very modest proportion.

Real estate developers are always in need of long-term capital, since the time to carry out a housing project from site clearance and compensation to the launch of products is, on average, five years. Therefore, the refinancing of corporate bonds takes place continuously. In addition, quite a few businesses have recently issued bonds to conduct mergers and acquisitions (M&A) or take over land, which requires a longer term and a larger scale for corporate bonds. Some enterprises have participated in the auctions of land use rights organized by local governments with money raised from corporate bond issues.

Who bought back corporate bonds prematurely?

According to the Ministry of Finance, the value of corporate bonds issued in April and the first two weeks of May was VND30 trillion and VND10.5 trillion, respectively, a sharp drop over the same period last year.

The demand for bond issuance remains buoyant, but the fact that buyers are no longer “particularly interested” is the main reason for such a decline.

In the first four months of the year, VND24.7 trillion worth of corporate bonds were bought back before their maturity, said the finance ministry.

Who bought back corporate bonds prematurely? First, it is the credit institutions. Many banks already reached their credit growth limits right after the first quarter, but the State Bank of Vietnam (SBV) has not revised up their caps for this year. Unable to give more loans, in the context that deposits are on the rise (some banks have lifted their savings interest rates not only to step up capital mobilization but also to maintain their market share and retain their customers), a number of lenders had no choice but to buy back their bonds prematurely. The Bank for Investment and Development of Vietnam (BIDV), for example, has revealed its intention to buy back more than VND5 trillion worth of corporate bonds before their maturity from May to July.

Second, certain commercial, construction, service, and real estate companies have also bought back their corporate bonds ahead of time.

These enterprises have just sold their bonds, and either have no time to use the sums obtained yet or have only used part of it, but the violent fluctuations of the financial market have prompted them to give back some money to buyers.

Outstanding corporate bonds that banks are holding are currently worth VND326.5 trillion, up 19% against the end of last year, said the SBV in a report sent to the National Assembly Standing Committee during the latest meeting. Specifically, the figure comprises VND124.8 trillion for real estate trading and VND101.5 trillion to increase the capital size of the issuer. It should be emphasized that these corporate bonds banks have invested in are not bonds issued by banks to boost their tier-two capital.

The Ministry of Finance meanwhile said that VND637 trillion worth of corporate bonds were issued last year, of which VND605.9 trillion came from private placements. Including the volume of privately-placed corporate bonds as of the middle of this May, the total amount is as much as VND782.9 trillion.

Then, what is the actual figure of outstanding corporate bonds issued before 2021 that are still valid and added up to the present? It is some VND1.55 million billion by the end of the first quarter of this year as per the report on corporate bonds published by Techcom Securities Joint Stock Company (TCBS).

Several bank leaders also estimated the actual figure of outstanding corporate bonds should be around VND1.4-1.5 million billion, on par with the one calculated according to the finance ministry.

Corporate bonds launched by credit institutions, as noted by some banks, account for a third of the outstanding volume. The proportion of those sold by banks has declined and will probably continue to fall as the demand for issuance is approaching zero, and there is still the trend of buying back bonds prematurely. Meanwhile, the proportion of corporate bonds provided by realty firms keeps growing. 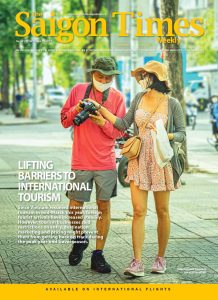 Some VND540 trillion worth of corporate bonds will fall due in 2022 and 2023, equivalent to 36% of the total amount in circulation, pushing the need for additional issues to ensure capital turnover among enterprises to new heights, SSI Research remarked.

Meanwhile, the research department of Maritime Bank (MSB Research), in a report, noted that the volume of corporate bonds to fall due this year is approximately VND231.24 trillion, concentrated on the fourth quarter and real estate and construction companies. From June until the end of the year, the value of real estate corporate bonds to reach their maturity will gradually increase, from nearly VND5.5 trillion in June to over VND21.23 trillion in December. This is the amount of real estate corporate bonds to mature on time, obliging the issuer to pay the buyer both the principal and the interest under any circumstances.

In 2020-2021, the dong interest rates were stable at the lowest level in two decades, making savings unattractive as an investment channel for those with idle money. The corporate bond market, meanwhile, with higher interest rates and flexible terms, has really “flourished”.

Outstanding corporate bonds are equivalent to around 13.7% of the total VND11 million billion the banking system offers the economy on credit, which is almost equal to the one-year credit growth of all banks.

There would be no big deal if corporate bonds helped with production and business. Instead, they are mainly poured into real estate. Properties are never an internal force for the economy. What’s more, this pushes the dream of most Vietnamese to have their own homes further away, considering the current price of real estate and how much people actually earn. Where are the agencies in charge of corporate bond issuance, inspection and operation during the volatile cycle of this powerful financial instrument?