Crowned the World’s Best Rice, and then what?

Cambodia’s Phka Rumduol jasmine variety has been crowned the World’s Best Rice at The Rice Trader’s World Rice Conference in Phuket, Thailand, on November 17. This significant achievement gave Vietnam and Thailand, two large rice exporting countries, pause for thought as Cambodia successfully rebuilt its agriculture from the ashes of the genocide in 1975-1979.

This seasonal rice variety is a specialty of the alluvial plains around Siem Reap, the ancient capital of the Angkor empire. Being grown in organic farming methods, the pesticide- and herbicide-free rice variety is featured with long, clear, and shiny-white grains, much to the liking of customers worldwide.

Cambodian agriculture – rising from the ashes

It is a known fact that Cambodia started out as a war-torn country. As a result of the widespread famine in the late 1970s, Cambodian farmers were forced to eat up their rice seeds, painting the darkest scenario for the agricultural sector. In 1985, the Cambodian Government sought assistance from the International Rice Research Institute (IRRI) to turn the page. After the bilateral cooperation deals were signed the following year, IRRI started to provide Cambodia with 766 traditional rice varieties from the seed bank in Manila, the Philippines.

IRRI collected different rice varieties in Cambodia between December 1972 and January 1973 and preserved the diversity of Cambodian rice varieties at the International Rice Genebank in Manila, the Philippines. The repatriation of traditional rice varieties laid a strong foundation for Cambodia’s high-quality rice production later on.

During the 1960-1973 period, IRRI trained six researchers in rice genetics and production for Cambodia, however, they all could not survive the war. Cambodia had to start all over again with the Phka Rumduol rice variety, which was developed through a tripartite cooperation project between Cambodia, Australia, and IRRI.

After 10 years of research and testing, the Phka Rumduol variety was first introduced to farmers by scientists from the Cambodia Agricultural Research and Development Institute (Cardi) in 1999. It took up to 13 years for the scientists to convince farmers, consumers, and traders of the Phka Rumduol rice variety’s high yield, quality, and market value. The fruit of their efforts finally came when the Phka Malys version of this rice variety won the “World’s Best Rice” title in Bali in 2012, according to Cardi’s website.

In the comparison between the cooking quality of the Phka Rumduol rice with the previous Phka Malys variety and Japan’s Koshihikari, the scientists found the new Cambodian rice was better than the Japanese one and suitable for those consumers with at least two main meals per day, the ResearchGate reported. 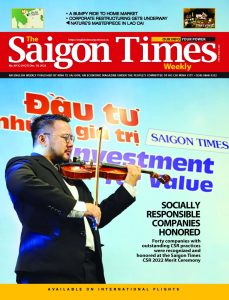 The awakening of neighboring Thailand

The consecutive success of Cambodia’s Phka Malys jasmine rice variety in 2012 and 2013 drew attention from neighboring Thailand. Many rice mill companies from the central and northeastern regions of Thailand flocked to build factories in Cambodia since the beginning of 2014 as the country was in high need of modern rice milling plants.

According to the Bangkok Post, Cambodian agriculture attracted investment from not only small-sized companies but also the two large ones of Thailand, CP Intertrade—a subsidiary of CP Group, Asia Golden Rice, and Japan’s Taiwa Seiki Corporation.

Although Cambodian rice began to gain its reputation in the global market, domestic rice trading companies were still far less experienced in marketing and exporting. Many foreign enterprises took this advantage to invest in Cambodia and gain much profit. However, Thai enterprises were even afraid that Cambodian rice would beat down their rice and dominate the domestic market.

Phka Malys won the World’s Best Rice award once again in 2014. From 2015 to 2017, this rice variety ranked second worldwide. It was not until 2018 that Phka Malys reclaimed its title in the contest in Hanoi.

At that time, the Cambodian rice industry was no longer in the early stage of development like before. With its establishment in May 2014, the Cambodia Rice Federation (CRF) grew rapidly over years. Andy Lay Chhun Hour, vice president of CRF and CEO of the Rice City import-export firm in Battambang, stood behind the success of Phka Rumduol in Phuket’s contest.

Cambodia’s rice export volume surpassed over 500,000 tons in the first 10 months of this year, up over 10% compared to the figure of 460,000 tons in the same period last year. Although it was just one-tenth of the figures in Thailand and Vietnam, Cambodia prided itself on the rice quality.

The future of Vietnamese rice

In 2019, Ho Quang Cua’s ST25 rice won the World’s Best Rice award, causing a media storm and a fever of excitement throughout the country. It was the fruit of Ho Quang Cua and his associates’ hard work and scientific research for 25 years, and a great source pride for Vietnam which ranks among the largest rice exporting countries.

In 2020, ST25 ranked second among the world’s best rice varieties, after Thai Hom Mali jasmine rice. This year, ST24 and ST24 fragrant rice just made it to the top four of the best rice in the world with Thailand’s and Laos’ rice varieties.

Ho Quang Cua, one of the agricultural engineers creating ST rice varieties, won the prestigious “Lifetime Achievement” award in Phuket for his huge contribution to the development of the rice industry in Vietnam and worldwide.

However, domestic enterprises need long-term support in all aspects from other companies, associations, and the Government to bring their fragrant rice to the competition, just like what Phka Rumdoul got from Cambodia.

Vietnam’s 5% broken rice is currently priced at US$460-470 per ton, equal to or slightly higher than that of Thai rice. The buyers mainly come from the Philippines and African countries. With GAP standards, Vietnam’s 5% broken rice in the EU market has a higher price of up to US$650 per ton. The price of fragrant rice is much higher, ranging from US$1,000 to US$1,200 per ton, while the price of Thai Home Mali fragrant rice was reported at just US$932 per ton on November 9 this year, according to the website of the Thai Rice Exporters Association (TREA).

According to statistics from the Ministry of Industry and Trade, Vietnamese enterprises have used up 60,000 tons of this quota, resulting in a narrower entrance for high-quality Vietnamese rice to enter the EU market. Enterprises will not make it successfully if other large companies like Loc Troi, Thanh Binh, or Tan An occupy the permitted volume of rice exports entirely.

Thailand has been determined to reclaim the glory of its golden age of 1980-2010 when it led the world in rice exports, both in terms of quantity and quality. When Vietnam began to compete with Thailand in rice prices and then export volumes in 2011, Thai rice ranked third in the world, after India and Vietnam. While Thailand won the World’s Best Rice award seven times, Cambodia has shortened the gap five times.

This is a wake-up call for the country to change and a message about the policy of maintaining the quality and position in the high-end segment of Cambodian rice, as well as their agricultural industry. Winning the award for the best rice in the world is crucial, yet identifying what to do with this advantage matters even more.x

An expert in the Vietnamese rice industry who attended the World Rice Conference 2022 in Phuket said: “Only chefs, experts, and organizers can taste the type of rice winning the award as each company sent only two kilograms of rice to the contest. However, Thailand brought cooked rice to the contest and asked rice traders to try it on the spot. It was such a good way to persuade traders to consider signing contracts with them as they already knew how good the rice tastes.

Thai rice did not win the first award but its marketing method did when they offered rice directly to the traders without any marketing expenses.

Thai and Cambodian rice traders also have other unique marketing tactics in the U.S., EU, and Australian markets. Each 25-kilogram bag of “Royal Umbrella” Thai rice and “Ancient Boat” Cambodian rice is offered with free sets of beautiful bowls which can attract huge attention from housewives. The flyers showing how to cook traditional dishes are also put inside the rice bags. “They sell not only rice but also other agricultural products,” another marketing expert said.