Farmers can thrive only when the “curse” is removed

The rice monoculture in both Vietnam and in the Mekong Delta must be broke to help farmers prosper. However, the approach to implementing such a switch should be in line with new thinking to avoid risks being transferred from one group of agricultural products to another, said high-profile speakers at a recent discussion hosted by the Saigon Times.

Rice, the staple food which is one of the major commodities in the Mekong Delta, not only plays a key role in Vietnam’s food security but also is an important export earning more or less US$3 billion each year. During the first 11 months of 2021, rice exports amount to nearly US$3.04 billion. However, in reality, farmers in the Mekong Delta have not prospered by only growing rice paddies, the plant which they have closely attached to through many generations on end.

Rice monoculture should be got rid of…

During a discussion on the theme “Agriculture and Rural Areas Where Farmers Can Thrive” hosted by the Saigon Times, Le Minh Hoan, minister of Agriculture and Rural Development (MARD) agreed that the Mekong Delta’s key economic development once relied on rice cultivation. This regime has extended from only one rice crop a year to two crops or even a three-crop year after the construction of embankments, said the minister.

According to Mr. Hoan, at the time the new rice cultivation regime was adopted, a host of agronomists and scientists warned that multiple cropping has its negative side, particularly when it comes to soil nutrition, disease control and costs. However, said the minister, we should also acknowledge that at the time multiple cropping partly helped improve local development and income of farmers.

However, nowadays the agricultural sector can no longer cling to the old viewpoint of rice monoculture, which means increasing rice production at all costs. “When I was a leader of Dong Thap Province, I never set a target of rice [for farmers],” said Mr. Hoan, who was secretary of Dong Thap Province Party Committee before assuming the ministerial post. “The field on which we grow rice crops has its own production target which cannot be imposed from top down.”

The commandant of Vietnam’s agriculture said when he heard of models in which fields growing only rice were shifted to growing rice and some other crops at the same time—for instance seafood rearing, short-day crops or orchards—he became terribly excited. That signified a change, he said.

“I always tried my best in one way or another to carry out similar models in similar conditions,” said Minister Hoan. “I think there are different ways to reduce the rice production. For instance, the National Assembly has recently decided to cut the rice cultivation area from 3.8 million hectares to 3.5 million hectares. Or on the same surface area, we can reduce the number of crop seasons to opt for crop rotation, intercropping or polyculture.”

However, after having carefully scrutinized the new models, Mr. Hoan said he then still cautioned farmers and local authorities that although the switch of cultivation regimes was necessary, the risks of the rice sector should not be transferred to other sectors.

In reality, the change of growing rice into growing Thai jackfruit over the past three or four years in the Mekong Delta has enabled the new plant to take up a position in Vietnam’s top-five fruit exports. During the first 10 months of 2021, jackfruit earned almost US$140 million, a jump of almost 50% over the same period last year.

But new problems have emerged, too. The local jackfruit is faced with declining production and waning adaptivity. What’s more, the risk of lacking reliable markets has heightened: thousands of containers of Vietnamese jackfruit have got stuck at the Sino-Vietnamese borders waiting for customs clearance.

“In my opinion, in the coming time, the MARD will be responsible for this,” said Minister Hoan. “However, first of all, local leaders should change, too. Otherwise, we will move risks in one sector to others.” 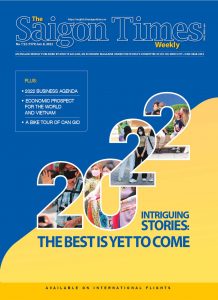 … but it needs a “revolution” in agricultural production organization

Prof. Vo Tong Xuan, honorary rector of Nam Can Tho University and the second speaker at the discussion, maintained that agricultural production conducted by Vietnamese farmers has been spontaneous. Farmers can grow any crops they like or get rid of them on their own, he said, adding that there has been neither proper organization nor arrangement.

“Worse, it is this malpractice that has prolonged farmers’ poverty,” said the professor.

According to Mr. Xuan, the weak point of the Vietnamese farmer, and even Vietnamese businesses, is they remain mostly unaware of market demands, say, what the American market needs or what the Canadian market or the European consumer wants from them.

“In my opinion, the MARD may gain more information in this regard via Vietnamese trade missions in foreign countries when it comes to the way people there use agricultural products,” said Prof. Xuan. “Relying on the collected data, the MARD can figure out what the products in need are and where they can be planted [in Vietnam].”

According to Mr. Xuan, starting from market demands, the MARD can discuss with the enterprises involved and create conditions for them to sign contracts and arrange production in Vietnam.

“However, what really counts is farming cooperatives must be set up and farmers have to be trained and agronomists provide farmers with cultivation techniques,” said the professor. “Next, huge agricultural product supplying sources will take shape to provide ample raw materials to businesses which produce branded agricultural commodities to satisfy customer needs.”

Addressing this issue, Minister Hoan said Vietnam’s agriculture needs major “overhaul.” That should be a process similar to a “revolution” in production organization, not only in science and technology for productivity improvement. “If we fail to re-organize agricultural production, we will be able to go nowhere as our production has reached the ceiling.”

“Why do I say so?” asked Mr. Hoan rhetorically. According to him, small-scale and spontaneous production and short-termism are the “curse” put on Vietnam’s agriculture rendering it weak and vulnerable. “We have to re-organize production to break that ‘curse,’” he said.

It is this reason that in the next development strategy, the MARD will focus on three issues, encompassing cooperation, partnership and market. “First, it is cooperation between producers [farmers] via cooperatives. Second, it involves the partnership between cooperatives and businesses. And third, markets will regulate production and trading, not vice versa. These three issues must be consistently pursued.”

Furthermore, the minister said the MARD is building a project to develop the agricultural market, particularly the export of fruit to potential markets to submit it to the Government for approval. “We have worked with [Vietnamese] ambassadors in Europe, trade missions and commercial attachés so that we can build standardization and production processes to help carry out export to these markets,” said Mr. Hoan.

He emphasized that to this effect, agricultural material supplying sources meeting European standards must first be built along with investment in storage technologies and the reduction of logistics costs to improve competitiveness.

According to the minister, the MARD will hold training courses aiming at ameliorating capabilities, skills and knowledge for farmers. “The provision of seeds or breeds are not enough,” he said. Only when farmers want to change will agriculture be changed, said Minister Hoan. And that will come the time when farmers can thrive with agriculture and rural areas.