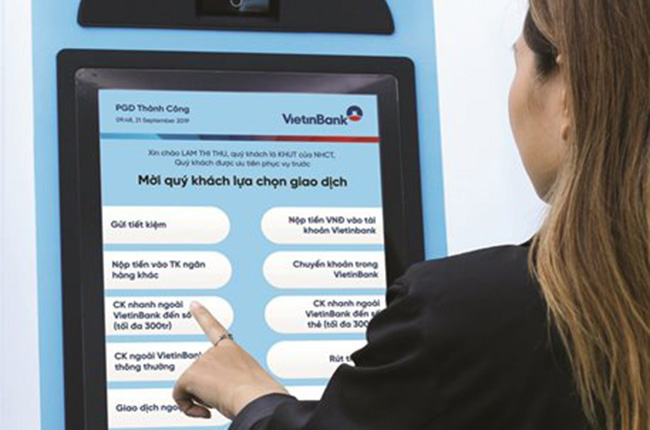 Although the global economy is heavily affected by Covid-19, a series of Vietnamese startups have lately obtained millions, even tens of millions of U.S. dollars, from domestic and foreign funds.

In mid-September, three Vietnamese startups one after another reported they had succeeded with capital raising. Among them, Wee Digital, a financial technology or FinTech company, attracted the investment from the South Korean fund InterVest.

Wee Digital employs biometrics and artificial intelligence for facial recognition to authenticate financial and banking transactions. This technology allows users to make payments securely in just five seconds with no need to have cash, credit cards or cell phones with them when doing so. Meanwhile, InterVest, having made investments in Thailand, Singapore, Malaysia and Indonesia, has now shown interest in the Vietnamese market. “Wee Digital demonstrates the ability to aggressively promote innovative products and services,” said Junseok Kang, director of InterVest. “We believe the company will make breakthroughs in the market and operate effectively.”

Similar to InterVest, Wee Digital has newly received investment from VinaCapital Ventures. The fresh investment capital from the two investors will allow the startup to focus on cooperating with banks in the coming months to apply biometric solutions to a range of banking services and provide users with an easy and seamless transaction experience, said Christian Nguyen, founder and CEO of Wee Digital.

Late in the second week of September, another FinTech company, Kim An Group, welcomed millions of U.S. dollars from three investment funds: Patamar Capital, Viet Capital Ventures and East Ventures. As a FinTech company specializing in connecting individual customers and small businesses to credit institutions, Kim An will avail themselves of these new investments to strengthen the development of their core technology system to provide data, carry out credit rating and link their customers with financial institutions in Vietnam.

Kim An Group General Director Phan Phuong Thao said their potential customers are more than six million small enterprises, household businesses and microenterprises. Many customers are very hesitant to access credit institutions as they think they are not eligible for loans. To address their capital needs, they often borrow from individuals or “black credit” organizations at extremely high interest rates.

From the perspective of an investor in Kim An, Shuyin Tang, representative of Patamar Capital, said while financial services supporting the small business community are receiving more attention in the world, effective solutions are still absent in Vietnam.

Also in mid-September, the pawnbroker chain Vietmoney announced the completion of its Series A funding round with investments from Probus Opportunities (Probus) and Digi Ventures (DV). Even though the pawn service still suffers more or less prejudice in Vietnam, Probus Manager Marc Sebastien Lavoie appreciates its growth potentials and the consumer finance market of Vietnam. He believes more than 50% of the Vietnamese population are in the subprime segment who need access to affordable and transparent financial services.

Before Vietmoney, in June 2020, the mortgage loan chain F88 announced they had received an additional VND140 billion (US$6 million) from Mekong Enterprise Fund III and Granite Oak during their third funding round. “New investment capital from the two strategic shareholders will be used for the expansion of F88’s transaction office chain and the increase in outstanding loans at over 180 operational transaction offices,” said Phung Anh Tuan, chairman and CEO of F88.

The fact that Vietnamese startups are still able to raise capital suggests investment funds remain confident in the business models, the creativity and the potentials of domestic startups. CyberAgent Capital Vietnam, for example, has invested in eDoctor—a technology startup that offers medical and healthcare services via a mobile application. Similarly, OnPoint, a provider of support services for e-commerce development, has successfully mobilized US$8 million during their Series A funding round from a number of investors, led by Kiwoom of South Korea and DAIWA-SSIAM Vietnam Growth Fund II.

Having been able to attract foreign venture capital funds are also startups like TopCV, Propzy, OKXE and Trusting Social.

Aside from money worth millions of dollars, certain startups have lured even bigger capital amounting to tens of millions of U.S. dollars. For instance, Propzy, a startup of proptech (property technology—the application of information technology and platform economics to real estate markets)—has successfully gathered US$25 million during their Series A funding round. Prominent investors of this round are Gaw Capital and SoftBank Ventures Asia.

Quynh Vo, development director of the venture capital fund Zone Startups Vietnam, said startups have been in a selective stage since Covid-19. The current pandemic may prove whether startups’ initiatives and models really work. The truth is capable, well-modeled startups are still able to call for capital.

It is not by chance that Wee Digital is funded by InterVest. Earlier, Wee Digital had achieved exponential growth, even during the peak of the pandemic in Vietnam. Likewise, even though movie theaters have been hit really hard by Covid-19, Beta Media, the operator of the low-cost movie theater chain Beta Cinemas, still secured US$8 million from the Japanese investment fund Daiwa PI Partners in mid-June. Beta Cinemas has been shut down for weeks due to the pandemic, said Bui Quang Minh, founder of Beta Media, but the company has patiently shown investors their impressive business results over the past years, the future potentials of the film industry in Vietnam, and their determination to prop up the industry in the long term.

Certainly, in the times of epidemic, technology startups (such as in the fields of e-commerce, digital marketing and forwarding) are given ample opportunities to prove their advantages in hope of attracting investment capital. According to Quynh Vo, prior to the pandemic, no one thought they would work entirely at home. Now, however, many technology companies with solutions for online meeting, working and remote administration are developing strongly and have a chance to expand their customer sets. In addition, the livestream platforms are growing rapidly in this period.

As noted by some investors, the quality of domestic startups has improved compared to five years ago. This is another reason why international venture capital funds have eyed Vietnam as a potential land for startups and continue to pour money into the local market. That said, they are no longer confident in those models that “burn money” for business expansion but are looking for startups capable of managing their cash flows and making profits.

To quite a few investors, the Covid-19 crisis emerges as a filter used to sort out those startups with adaptability and give rise to those competent enough in the race for seizing opportunities. On that basis, investors find it easy to make their choice and assess prices.