Vietnam’s exports gained strong growth from January to September and the momentum is expected to continue into the last three months of this year. If the average growth rate stays at around 10%, export revenue will reach US$330-340 billion in 2022. However, global credit tightening and bleak economic growth forecasts may cause a considerable decrease in Vietnam’s exports next year.

The dismal outlook of the world economy

The profit margin of S&P500 companies has also been updated in Refinitiv’s Weekly Report of September 23, 2022, indicating a significant decrease: the profit growth rate in the third quarter of 2022 decreased to 4.6% from 11.1% in early July, and will decline from 10.6% to 6% in the fourth quarter.

The economic situation has worsened not only in America but also in many other regions and countries. The OECD and the European Central Bank (ECB) forecast that the eurozone growth rate this year would range from 2.6% to 3.1%. In 2023, it will only fluctuate from 1.6% to 2.3%. In some areas, the forecast is so pessimistic that it may only reach 0.9%.

The Asian Development Bank (ADB) forecast that the growth rate would reach 2.5%, down from the 3.3% projection made in April.

Although Vietnam’s export performance in the first eight months of the year is encouraging, the pessimistic outlook of the economies of many major trading partners of Vietnam, such as the U.S., China, the EU, South Korea, Japan and ASEAN countries, will dampen the growth momentum.

Vietnam’s exports to the U.S. in the first eight months of 2022 reached the highest level of US$76.73 billion, followed by China with US$36.06 billion, the EU with US$31.90 billion and ASEAN countries with US$20.10 billion. Exports to South Korea and Japan were about US$16 billion each. 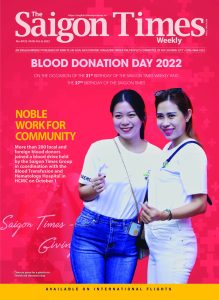 It’s easy to acknowledge that global economic growth has slowed down. The probability of a recession occurring in 2023 has increased, as stated by Ray Dalio, Nouriel Roubini, The Vanguard Group, and recently, the OECD.

In the event of a recession, Vietnam’s high-value exports such as computers, electronics, telephones, textiles and apparel are the items that consumers in other importing countries will prioritize cutting back on when the economy slows down. For example, a household with an income fall will try to maintain expenses on essential items such as food, housing and transportation, while spending on non-essential goods will be cut first. They may keep using their old computers and phones or buy second-hand clothes and shoes.

Besides, seasonal farming is also a contributing factor that can cause Vietnam’s exports to lose more momentum in the first months of the year. As the Lunar New Year falls in the second half of January 2023, many activities will slow down or stall, from January to February.

Finally, it is challenging to maintain the strength of the DXY or the current peak value of the U.S. dollar. It has been common for many currencies to depreciate against the U.S. dollar in the past, and Vietnam’s currency is no exception. This has increased the total export value of many countries by default. However, once the U.S. dollar declines, the effect will be reduced or completely gone.

Thus, with the prospect that the global economy and especially Vietnam’s major trading partners will face many difficulties in 2023, it will be tough for Vietnam’s export sector to maintain the current momentum. Contracts signed in advance are more likely to be fulfilled, yet the number of new orders will decrease. Even worse, there are risks of orders being cancelled. Therefore, businesses with related activities need to prepare plans to cope with unexpected problems, especially in adjusting the scale of production and business.