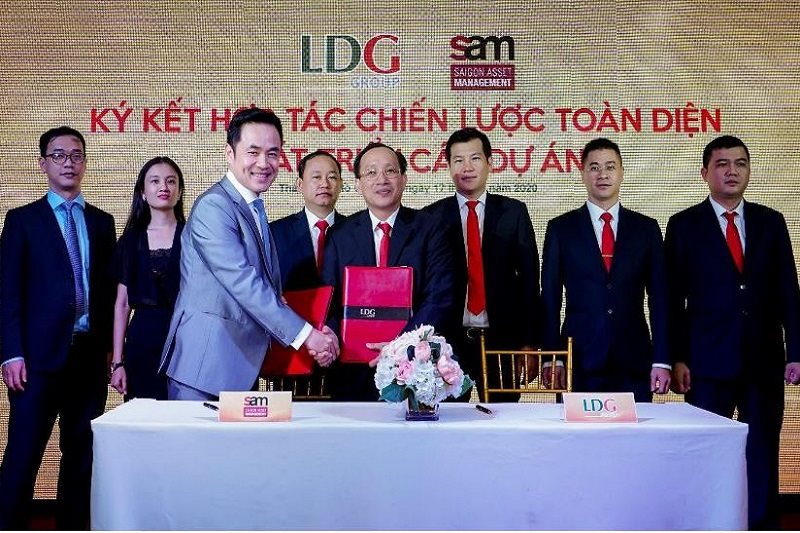 Of which, the LDG Sky residential project east of HCMC will consist of more than 1,700 units, including apartments, shophouses, a centralized commercial center and other commercial facilities. The project, which requires an estimated investment of some VND3.4 trillion (US$146.7 million), will be launched this quarter.

The second residential project, LDG River, will be located on National Highway 13 in Thu Duc District. The project is designed to have nearly 1,500 products, including apartments, shophouses, a commercial center and other facilities. It is expected to generate huge revenue for LDG Group in 2020 and 2021.

Especially, the three multifunctional entertainment service complexes, named LDG Grand, will be developed in the northern coastal province of Quang Ninh, the central coastal city of Danang and the southern coastal province of Ba Ria-Vung Tau, and require a combined investment of more than VND53 trillion. These big-ticket projects will feature many high-end entertainment services, especially Formula One race tracks meeting international standards.

LDG Group has also signed a strategic cooperation agreement with S.A.M, under which the latter will support the former to access local and foreign financial groups, boost the cooperation in finance with these firms and promote their brands to develop LDG’s projects.

Speaking at the signing ceremony, LDG general director Nguyen Minh Khang said in the next five years, the group would focus on developing large projects across the country. Of which, the three big-ticket LDG Grand projects would be special highlights and are expected to generate high revenues and profits. Therefore, the cooperation with S.A.M would help LDG strengthen its financial capacity through the cooperation with many other domestic and foreign funds to develop its projects.

S.A.M is a group managing investment funds, including Vietnam Equity Holding, Balanced Fund, Income Fund and Property Holdings, which have poured capital into Vietnam’s securities and real estate sectors. Since 2007, these investment funds have invested some US$350 million in more than 70 companies and projects in Vietnam.

Louis Nguyen, chairman and CEO of S.A.M, said LDG Group has potential to access international investment funds, with European investors keen on the securities market and Asian ones interested in the property sector. LDG is a public company listed in the local stock exchange. It also has a large land bank, and have projects with smooth progress and high legal conformity, and a strategic long-term vision, which are attractive to many investors.

That is the reason why S.A.M cooperates with LDG Group.