Legend of the Buddha Hand 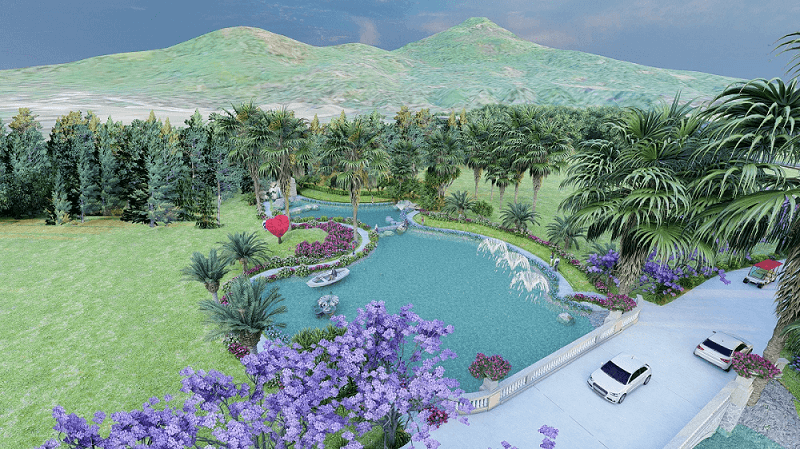 Located in an area in An Thanh Hamlet, An Hao Commune, Tinh Bien District, An Giang Province, the Buddha hand-shaped statue formed by natural rocks seems to challenge the time no matter how the weather is in the mountainous area.

The “Buddha Hand” faces a mountain and is located in the beautiful and holy Thien Cam Mountain area. The age-old stone statue is majestic in the deserted land. However, the area is full of mysterious stories and vestiges of historical periods.

With a height of nearly 10 meters from the ground to the peak of the highest stone, the Right Hand of the Great Buddha is in the posture of taking an oath to protect living beings. With five fingers and even gaps between fingers, phalanges, fingerprints and hand lines being lifelike, tourists will be impressed by nature. It has been 2,566 years since the day the Buddha was born and messages of Buddhism during the period have been featured in the unique relic site.

Tran Nhut Minh, an 80-year-old veteran with a good memory, said long years ago, his grandfather and father and many other elder people said the Cam Mountain area had the Buddha Hand. The hand had supported and protected living beings in the area. At the time, he thought it was a legendary story as he had never seen it. The Bay Nui (Seven Mountains) area had been full of supernatural things which had surprised visitors.

Time passes, and word-of-mouth stories about the Buddha Hand have become more mysterious. In 1990-1995, Latina An Giang Joint Venture Company, which specializes in exploiting granite for export, found that the quarry in the area was large and the marbling of stones there was beautiful and special. However, the company did not know the Buddha Hand stones in the area.

Despite multiple incentives, no investor has come to the area for many years. Only Sao Mai Group has developed a solar power project, which the group thought to be an appropriate development trend. At 5:30 a.m. on December 26, 2018 (or the 20th day of the 11th month on the lunar calendar), the group started work on the first phase of the An Hao solar power plant covering 105 hectares of land. A few minutes after the groundbreaking ceremony, a rain came down in the construction site of the project.

Since then, the project was executed at a terrific speed. After only four months, the solar power project was completed, contributing to the development of the underprivileged area.

At 11 p.m. on May 26, 2019, the project was commissioned and connected to the 110kV transformer station of the national grid with the happiness of foreign experts, technicians and workers of the group. After that, it was raining again, signaling a good omen for the investor.

After receiving the huge support from the authorities at all levels and local residents, the group conducted the second phase with an area of nearly 100 hectares of the solar power project soon later.

Besides producing clean energy, Sao Mai Group has developed an unprecedented model with an ecotourism site inside the solar power plant.

During the expansion of the project to develop the An Hao Safari, the investor astonishingly found the Buddha Hand. 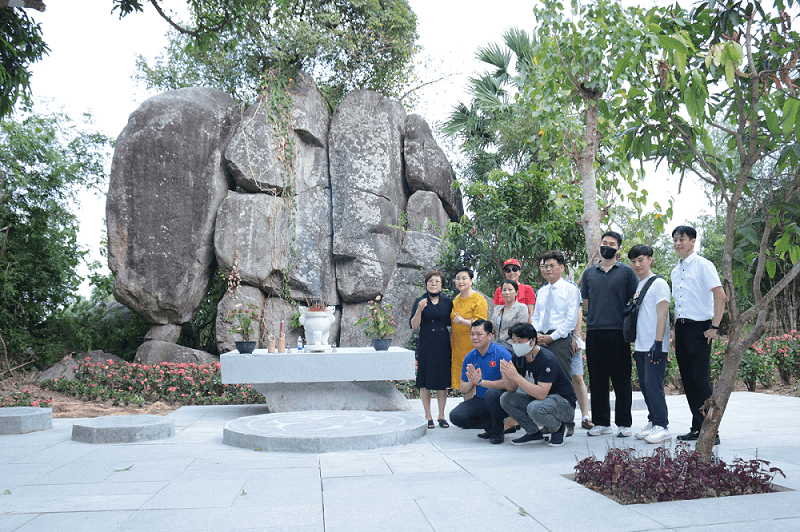 Buddha said that we are not here together by accident. We meet as we have had predestined affinities for many incarnations.

To form a cultural, spiritual and religious space serving the tourism development and promoting the values of the Buddha Hand relic site, the investor has been building a magnificent park featuring the Bay Nui area’s historical and spiritual values in the An Hao solar power tourist site.

The An Hao solar power tourist site is currently an extremely popular destination for local and foreign tourists.