Facing the persistent problem of tax evasion in real estate trading and transfer, the Ministry of Finance on January 12, 2022, issued Official Letter 438/BTC-VP on strengthening coordination among the relevant State agencies in an attempt to combat tax losses.

As per the Law on Tax Administration, when tax evasion with signs of criminal conduct is detected due to tax inspection, the tax authority shall transfer all the papers to a competent investigation agency to work on the case according to regulations. Actual recorded data shows that as of 2019, there was almost no criminal prosecution for tax evasion in the real estate business. Currently, quite a few cases of alleged tax evasion have been handed over to an investigation agency, a big move by the tax industry to deter and tackle tax evasion (1). This can be seen as a turning point in the coordination between tax authorities and investigation agencies, especially with the issuance of Official Letter 438 earlier this year.

Now, with Official Letter 438, the coordination among relevant agencies has gained a greater impetus. Specifically, the Ministry of Finance has asked the Ministry of Public Security to have local police agencies join hands with tax departments to investigate and strictly handle acts of real estate trading with signs of tax evasion. In addition, the Ministry of Finance has requested the Ministry of Justice and the people’s committees of centrally-run cities and provinces to ensure close coordination between local judicial and tax departments, and require notarial practice organizations to fulfill their role and responsibility in guiding people, property project investors and realty firms to declare the actual purchase and sale prices on notarized contracts. The above proposals are considered as a tool to help review and “tighten the input,” and assist tax authorities in the prevention of tax evasion.

However, it seems Official Letter 438 only touches on the surface without dealing with the crux of the matter, namely the problem of “two selling prices,” which has been taking place on the quiet.

Crux of the matter remains untouched

In fact, the authorities are still confused over proving the true value of property transactions (to determine the taxable price) due to a legal loophole in land prices. As per the Law on Personal Income Tax 2007, the tax base for income from real estate transfers is determined to be the price stated in the contract or according to the land price list prescribed by the State at the time of transfer. However, the parties involved often agree to declare in the notarized contract a price much lower than the actual purchase and sale price, making it a tough job to identify the actual price. 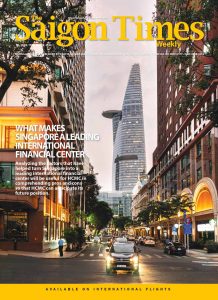 In addition to such an agreement, the transaction value may also be based on a specific land price bracket provided by the people’s committee of a city or province and subject to the law on land (2).

For example, according to the 2013 Land Law, the determination of the land price must, in principle, be consistent with the common market price of the land with the same use purpose and the winning price at an auction of land use rights, where there is such an auction or income from land use. However, the land price bracket and the land price list of the State do not often reflect reality, even much lower than the market levels for various reasons, including the delay in updating and adjusting the bracket and list of land prices in each locality.

Up to this point, when it comes to tax evasion in the real estate business, the proposals are often aimed at changing policies but still not really in line with what actually takes place in the market. For instance, there is a proposal that land prices in the bracket provided by the State should be raised to get closer to the market levels, but in some localities, the price of land is so inflated that it cannot be considered as the base for tax calculation. If exorbitant prices are applied, it will likely lead to socio-economic uncertainties.

There is another proposal concerning sanctions for administrative violations and the criminal penalty for tax evasion. Still, as mentioned above, it is extremely difficult to verify tax evasion since the parties involved often collude with each other to jointly benefit from such practices. Specifically, the seller does not have to pay a part of the tax and profit from the difference in price, whereas the buyer gets a part of his/her payment reduced by the seller. It is always a tough job to determine who is the subject of the penalty—the buyer or the seller, and the extent of violation by each party to exercise the corresponding level of punishment.

Likewise, there is a proposal that income from real estate trading should be kept under control by requiring property deals to be conducted via banks instead of in cash. However, what if the buyer pays in cash outside the notary office and only wire transfers the sum according to the value stated in the contract? In that case, legal regulations do not suffice.

Apparently, there are still many loopholes in the legal provisions which individuals and organizations dealing in real estate can take advantage of to commit tax evasion. While pending new legal documents to plug such loopholes, Official Letter 438 strengthens coordination among the competent State agencies, which is a necessary and timely move. The approach of this document is more in line with market reality, in order to prevent and combat tax evasion.