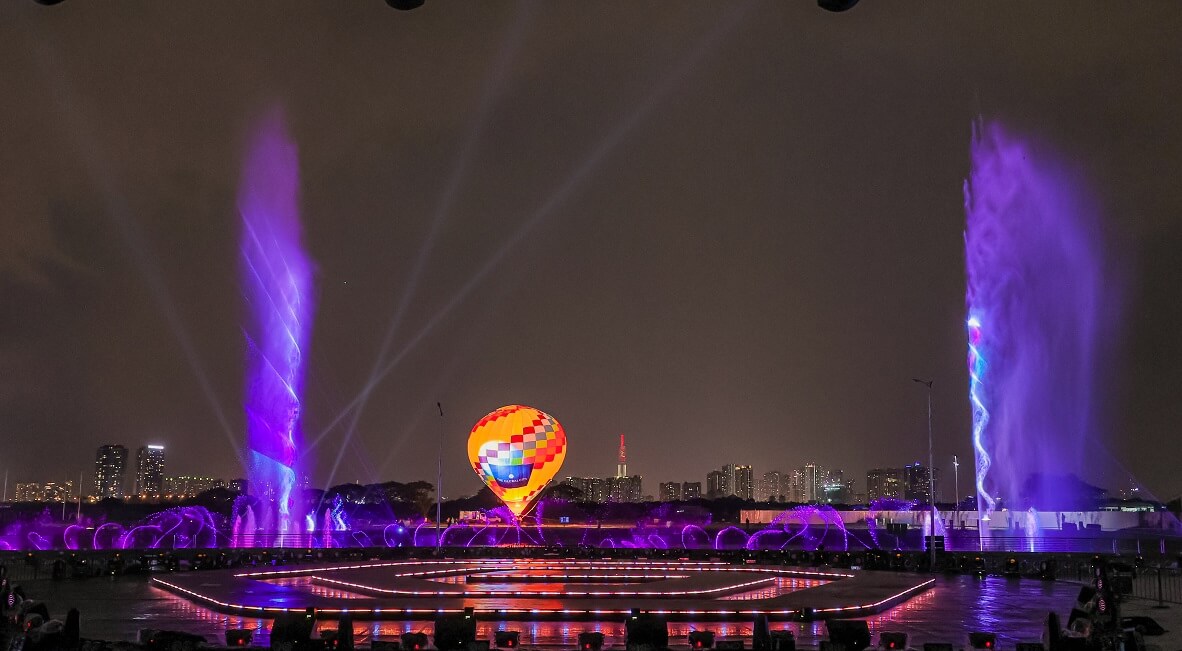 Located at The Canal of Love within The Global City in Thu Duc City of Ho Chi Minh City, the outdoor music area is the first facility to be put into operation in The Global City and is expected to be the highlight of the mega-township.

The Fountain Festival is a series of musical fountain events on a monumental scale, taking place at the canal of The Global City. The festival welcomed over 1,000 spectators to The Global City, signifying the future prospect of The Global City as a vibrant and bustling new center of Ho Chi Minh City. 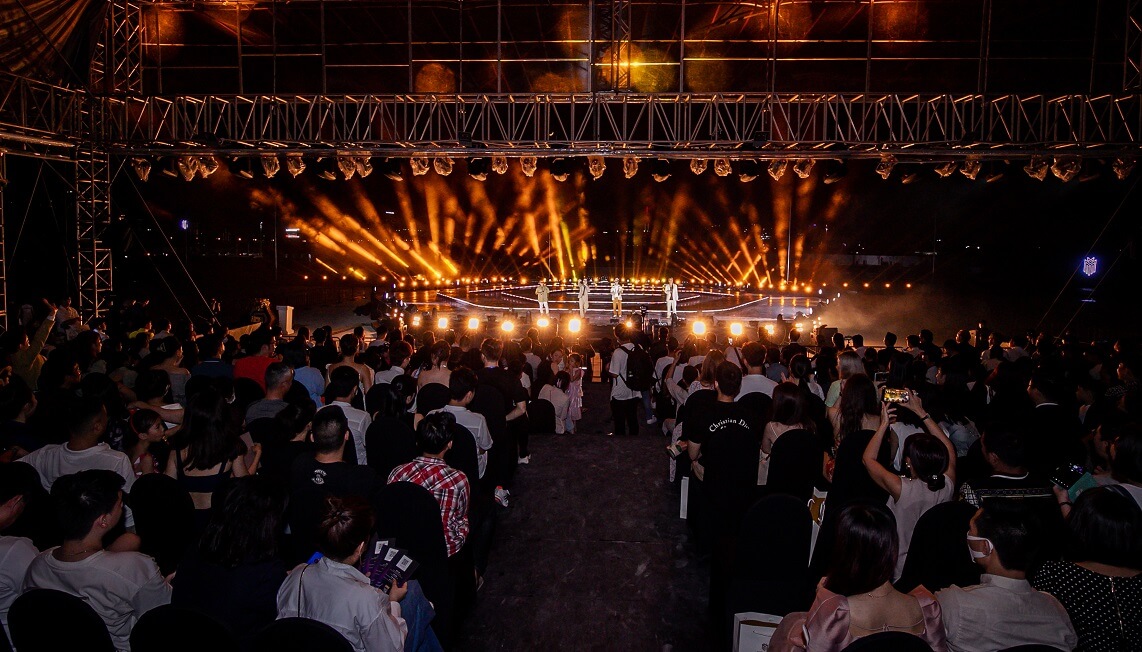 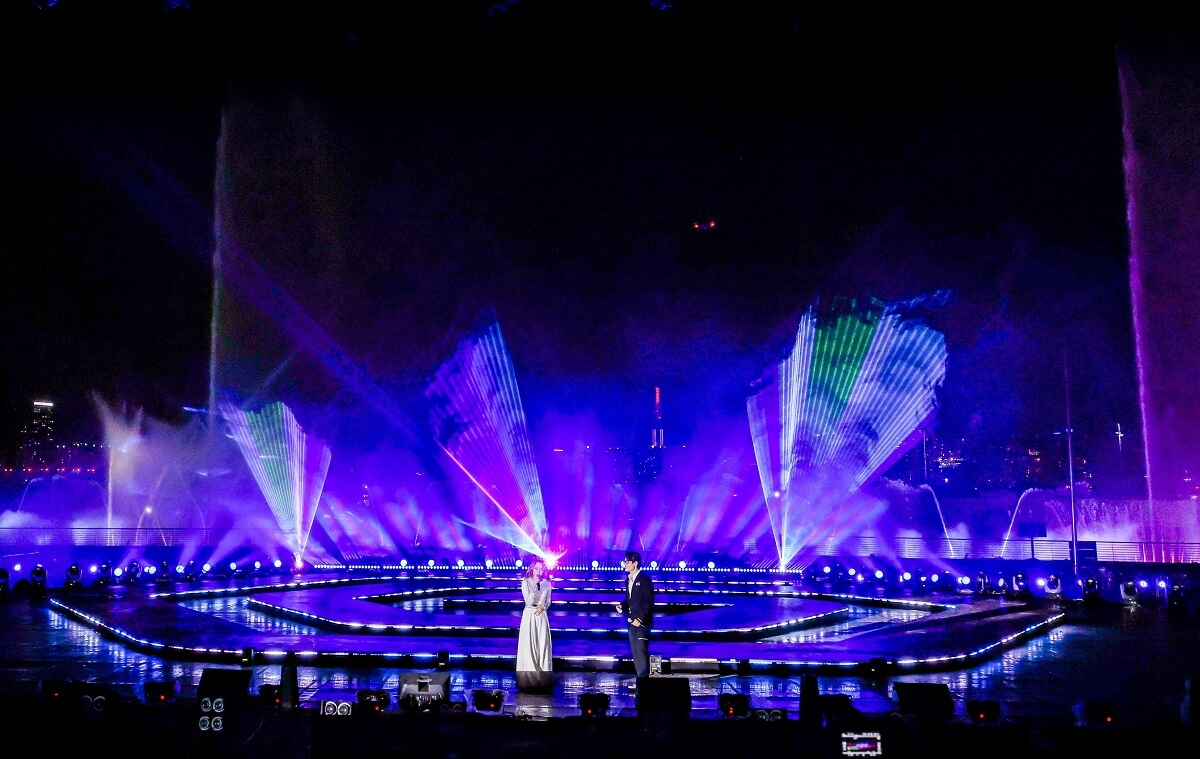 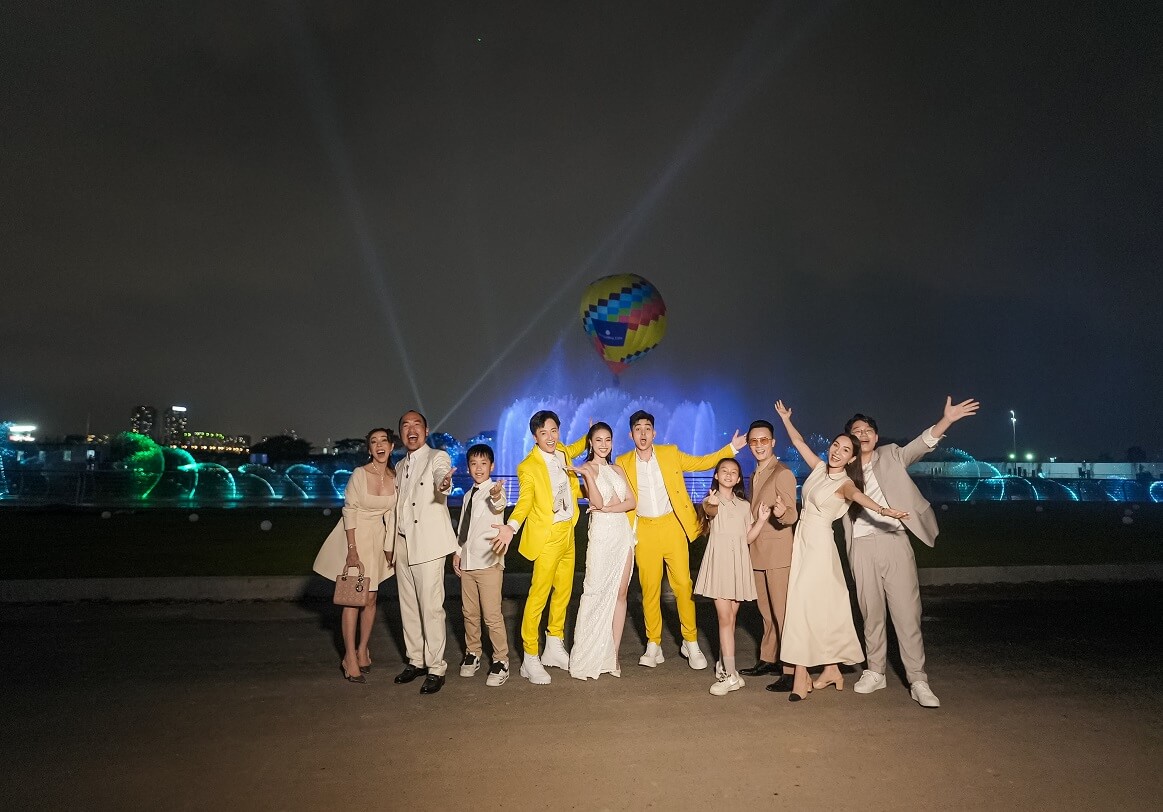 The event signified the completion of the first phase of the musical fountain, and the entire 2km of the canal is slated to be put into operation by the end of the year, which is five times bigger than the current one and becomes the largest of its kind in Southeast Asia.

“The Musical Fountain will be a magnet for tourists and local people to The Global City, increasing the added value for properties in the entire township. This will also be a unique, large-scale entertainment facility in Thu Duc City, which benefits everyone in the community,” said Mr. Gibran Bukhari, Head of Sales of Masterise Homes. “With the participation of thousands of people, the event partly paints a vibrant and bustling picture of The Global City in the future. It also reaffirms the commercial viability of the SOHO townhouse currently available for sale.” 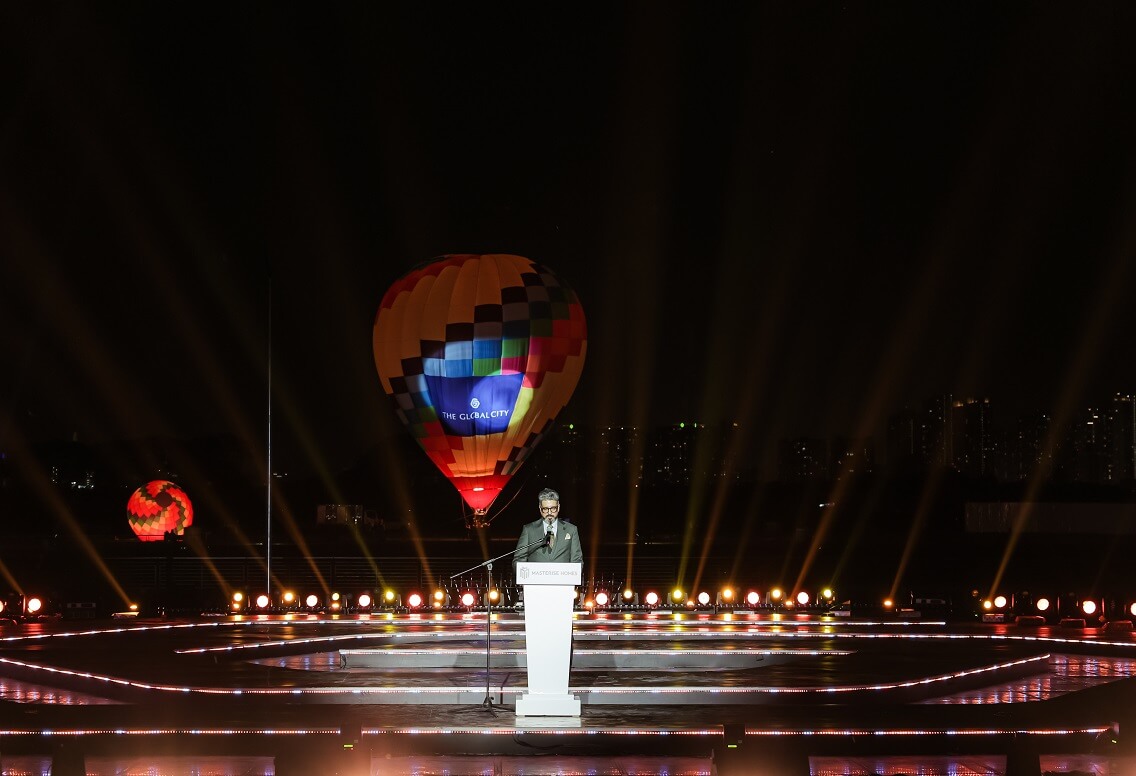 Along with the canal system, Masterise Homes is gradually completing a series of modern and monumental public facilities, such as the largest Sales Gallery in Vietnam, a 2km-long canal and a 13-hectare park. These facilities aim to serve the future residents of The Global City, which could reach up to 37,000 people. At the same time, they also meet the needs of local citizens and visitors to Ho Chi Minh City to enjoy the city’s new center as a destination for shopping, entertainment, dining, and relaxing.

The Global City is expected to complete the entire 117,4 ha master plan by 2025. The foundation for the SOHO townhouse subdivision has almost been completed, and it is slated to be finished and handed over in the second quarter of 2023. The launch of on-site amenities, coupled with infrastructure developments in Thu Duc such as expressway expansions, the widening of Do Xuan Hop street, and the connection of Lien Phuong road, is expected to increase the value of the entire SOHO townhouse. 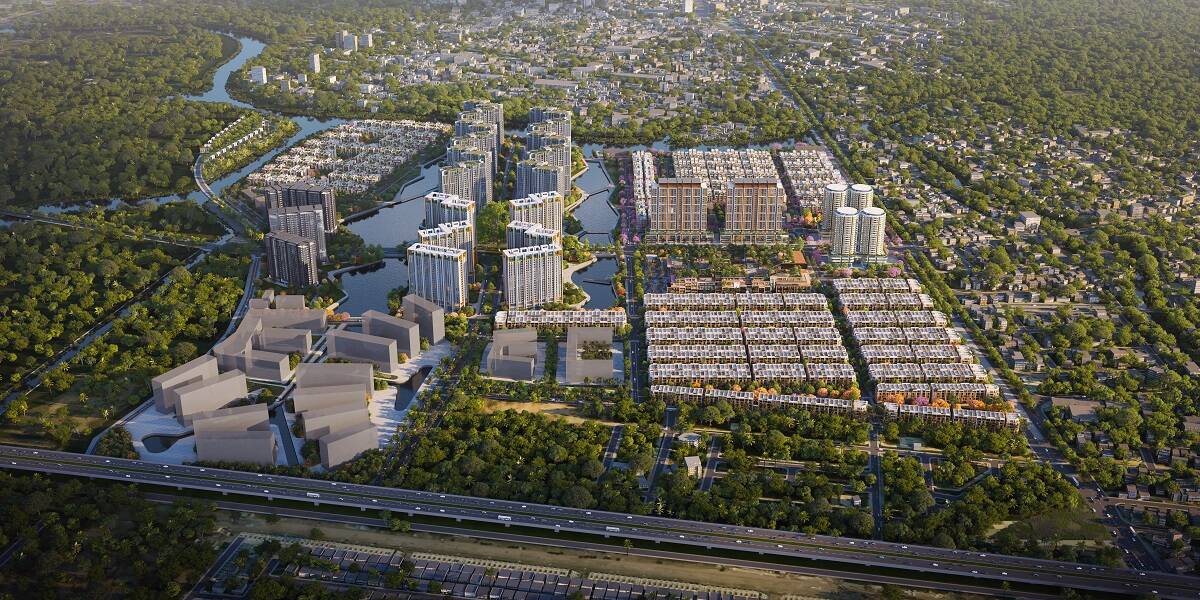 “We not only build and sell houses, but also create iconic landmarks and global destinations with modern lifestyles as well as elite communities, which are on par with the best of the world,” Mr. Gibran added. “As a result, our real estate products have long-term value and maintain the price increase roadmap even after handing over and going into operation.”

The Fountain Festival will continue with a series of water music performances on September 10, 17, and 24. Find out more information at: https://masterisehomes.com/the-global-city/the-fountain-festival/

About The Global CityThe Global City is Vietnam’s first international standard urban complex, designed and planned by the award-winning architectural design and engineering firm, Foster + Partners of the United Kingdom.The Global City will be a diverse and sophisticated neighborhood, integrating a full range of facilities for a future downtown city alongside residential units. The giga development, located in An Phu Ward, Thu Duc City boasts excellent connectivity with easy access to highways, major roads, metro lines. The 117.4-hectare masterplan will include high-rise and low-rise apartments, villas and social housing, schools, medical and administration facilities, a shopping mall and other amenities to create a sustainable, mixed-use community.According to Masterise Homes, world-class entertainment facilities, green landscapes, and public utilities are prioritized for completion in the first quarter of 2023, notably a 2km long canal with a modern water music area that will be operational beginning in the fourth quarter of this year.https://masterisehomes.com/the-global-city/

About Masterise HomesMasterise Homes – a member of Masterise Group, is a pioneer in bringing world-class excellence to the development, operations, and management of luxury real estate products and services, in the Vietnamese market and beyond.With a one-of-a-kind portfolio comprising the largest Branded Residences in South East Asia, Masterise Homes demonstrates world-class capabilities via a strategic partnership with Marriott International, the largest hotel brand in the world with iconic brands of Marriott, JW Marriott, The Ritz-Carlton, and Elie Saab.https://masterisehomes.com/