Although Covid-19 is still raging on, it will finally go like other pandemics have gone in the past, and nations will have to forge ahead. Preparations now for the post-Covid-19 time is therefore worthwhile.

The socio-economic situation after the pandemic will be like a nation freshly stepping out of a brutal war which leaves behind devastating losses, human and property alike, and numerous dead and moribund enterprises. Conversely, some industries and businesses thrive and are more profitable. Several have made use of a metaphor to describe the differentiation of the two opposite groups of industries and businesses—which is also the economy’s two contrasting situations during and after the pandemic—by referring to letter “K.” The upper half of letter K represents the upward trend, and the lower half the downward trend.

Considering such economic situations in the future, the first and foremost thing to prioritize would be cleaning the house and conducting funerals of dead industries while reviving those still alive. The arrangement of funerals is to relieve part of the enormous impacts on the work force of dead enterprises—many of whom are then jobless or homeless. It is even more important to extend assistance to businesses still alive so that they can stand on their feet again and no longer have to lay off or cut salaries of workers, forcing the entire society to a vicious circle capable of driving all into a dark abyss.

Therefore, what should be done now is to re-arrange and spare resources. Wait a minute! What are the resources we are talking about when all domestic resources—such as the national budget and provisional funds are being used up? Flotation of State-owned enterprises and divestment of State capital are moving at a snail’s pace and cannot be relied on forever.

So, loans from domestic and foreign sources are inevitable. The National Assembly has recently passed plans to borrow more than VND3 quadrillion during the 2021-2025 period. Notably, this estimated figure was set earlier this year when the pandemic was not so severe on a national scale. The rapid deterioration in the second half of this year may thus push up the ratio of public debt to gross domestic product (GDP) in comparison with present calculations because of the dual impact—which includes slower GDP increase and higher pubic debt—as a result of efforts made to finance pandemic-fighting measures.

To spare the economy and society from heavier pressure possibly piled up by public debt, it is necessary on the one hand to avoid abuses of loans on the pretext of pandemic combat and economic recovery. On the other, more stable domestic budget collections, such as taxation, must be enhanced.

Tax hikes seem at odds with the current context when the Ministry of Finance has lately proposed a series of tax cuts. However, the author of this article believes that massive tax reduction is inappropriate, at least because a lot of businesses and households are still thriving during and after Covid-19. Which is why if the State still doesn’t want to raise those businesses’ tax payments, just like the way the United States wishes to do (hiking corporate tax) to have capital to finance aid packages for economic recovery, no tax holidays should be given to them.

However, in the medium term, when the pandemic is over, increased borrowings should not be used as a sustainable measure. Therefore, tax hikes—at least corporate income tax (levied on businesses and individuals) and perhaps value-added tax as has been done by some countries, for instance, Singapore—should be considered and prepared. 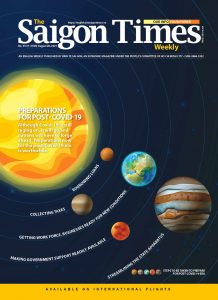 For the immediate future, collections should be enhanced from taxpayers who are suspected of failing to pay their full taxes, such as online traders and advertisers, multinationals, transnational tech firms, etc. However, to be able to collect sufficient taxes from these taxpayers, careful preparations are essential, including negotiations at the government level because this issue involves global taxation agreements related to multinationals in general and American big tech in particular.

Taking care of the resources is also to ensure that other types of preparations are feasible. To make recovery and development possible post-Covid, it is necessary to enable employees and employers to be rapidly adaptive to a new economic and social environment which can be considerably different from the pre-Covid period. The new circumstances require, say, sectors and businesses to quickly adopt digital transformation, and workers to acquire new knowledge and knowhow to meet new production and trading relying more on digitalization and working from home.

What the Government should do in this regard is designing and supporting the implementation of measures for helping businesses, particularly medium and small enterprises, in conducting digital transformation in the form of, for instance, joint-ventures between businesses and the Government (part of the spending is paid by enterprises and part by the Government).

Workers should be entitled to Government financial support when taking part in skill improvement training courses designed and/or funded by the Government.

When it comes to the political apparatus and governments at all levels, it is necessary to have preparations by optimally streamlining their organizational structure and service quality. The pandemic has exposed a clear reality that the current apparatus is both weak and insufficient. This mechanism, which has often relied on political will, did not have enough necessary capabilities to effectively manage the economy and society. Without a radical change, this will be a hurdle to the recovery process after the pandemic and the subsequent phases.

To sum up, the pandemic has revealed much of the hidden part of the socio-economic situation. Yet, at the same time, it may provide the impetus for revolutionary changes. If unavoidable changes can be spotted so that timely preparations can be made accordingly, it will rapidly help curb consequences caused by the pandemic and start a new chapter for the country.