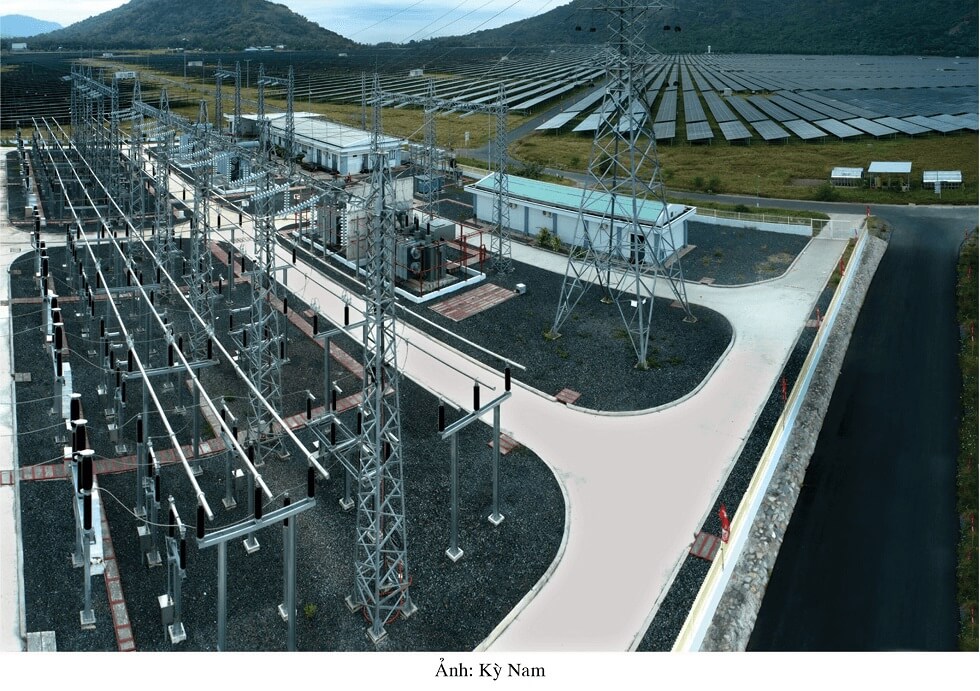 After two years of construction, the 110kV double circuit transmission line Tinh Bien-Chau Doc in the Mekong Delta province of An Giang, with a total length of some 10 kilometers and a total cost of more than VND60 billion, was connected to the national power grid at 9.00 a.m. on September 19.

The event serves as a stimulus for all investors in the solar power industry in An Giang, including Sao Mai Group. The connection of the Tinh Bien-Chau Doc transmission line to the national grid will encourage the group’s An Hao solar farm to operate at full capacity, sending Sao Mai’s revenue from the clean energy field up some VND300 billion each year. Also, this figure will be the group’s increased annual net profit.

Sao Mai Group, which is one of the southern region’s leading and prestigious solar power investors, has poured over VND6 trillion into the An Hao solar farm project, with a capacity of 210 megawatt-peak (MWp), in Tinh Bien District. As the solar farm was connected to the national power grid before December 31, 2020, it will be entitled to special incentives.

In 2021, Sao Mai Group posted nearly VND600 billion in revenue and over VND400 billion in gross profit from its business operations in the solar power field, strengthening the multi-sector group’s performance.

In addition, the connection of the 110kV double circuit transmission line, coupled with the An Hao solar farm’s operation at full capacity, will tackle the ongoing shortage of power in the Mekong Delta region and ensure national energy security. The connection also marked the success of Sao Mai Group’s solar power project, though it had waited several months.

At a regular Government meeting in August, Prime Minister Pham Minh Chinh said that “Oil, gas and coal are getting more expensive, while Vietnam has much wind and sunshine which are free. Besides, technologies for producing wind and solar power are more modern with lower prices. Vietnam is showing great potential for a clean energy transition and equipment production for the renewable energy development.”