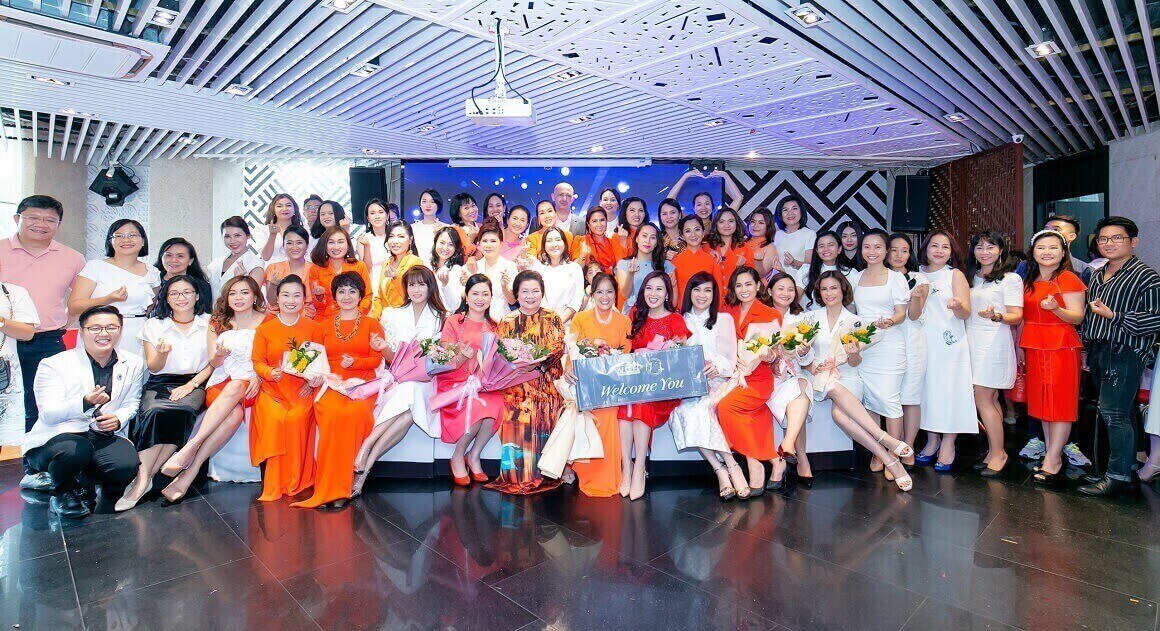 WLIN Charming Club under Women Leader International Network (WLIN) Vietnam on March 31 held a handover ceremony of the presidency of the club in the fifth tenure, themed “New Thinking – New Height”, at the Stix-Banquets & Events restaurant. It also announced the establishment of International Charming Corporation.

Taking a look back at the fourth tenure, the club managed to overcome all obstacles during the Covid-19 pandemic in 2021 under the guidance of Nguyen Vu Ngoc Chau, chief marketing officer at EHLBio.

A total of 21 in-person and virtual events took place, with more than 1,000 guests attending and over VND1 billion in revenue attained. These extremely impressive figures could not be achieved without the effort of President Nguyen Vu Ngoc Chau, the club management board, and all of the WLIN Charming members.

With all credibility and consent of the club, Nguyen Vu Ngoc Chau on March 31 handed over her presidency to Ho Thi Cam Van. Van assumes this post from March to December this year to lead the club to new highs.

The establishment of ICC is aimed at enhancing sustainable development among members, leveraging the strengths of business members and the credibility of each member to develop a multi-sector business that will bring about shared values to the community and all businesses.

Besides, ICC will contribute funds to its parent firm WLIN Global Holdings to prepare for its initial public offering (IPO) in 2026.

The WLIN Charming Club comprises of six divisions, four standing vice presidents, and over 60 members who are owners of businesses in various fields.

Regarding ICC, it has become operational with 10 co-founders that signed deals on March 31.

In April this year, ICC will call on 20 more shareholders to contribute funds as angel investors of its parent firm WLIN Global Holdings and to jointly develop ICC.