In 2020, despite the “Covid-19 storm” sweeping through the world that resulted in domestic airlines suffering heavy losses, Bamboo Airways had an impressive comeback when announcing a pre-tax profit of VND400 billion (US$17.4 million).

The year 2020 was a difficult and challenging year for airlines, with most airlines reporting losses. What is the reason behind Bamboo Airways’ upstream movement, sir?

Mr. Dang Tat Thang: The year 2020 was arduous not only for aviation but also for the economy. However, I think that the success of Bamboo was first attributed to the leadership’s appropriate decisions promptly made from the beginning of the year, such as stopping international flights even before being requested so by the Government and early concentration on domestic resources.

Amid challenges, we still see an opportunity. An example is that by the end of 2020, Bamboo had more than 30 aircraft having added a new Embraer 195 aircraft line, filling untapped routes due to the lack of small aircraft, with the potential routes being those from Ha Noi, Hai Phong, Da Nang, Can Tho, and Ho Chi Minh City to Con Dao, or Hanoi, Ho Chi Minh City to Rach Gia, before moving on to Hanoi – Ca Mau, Nha Trang – Da Nang…

When I went to the US to take delivery of a Boeing 787-9, from Los Angeles to Charleston, I transitted twice on board an Embraer aircraft. The comfort and soothing experience on this aircraft immediately impressed me. And as soon as I landed, I called a Deputy General Director and asked if the Embraer 195 could fly to Con Dao. He said yes, then we urgently made plans, and within a few months officially launched direct routes to Con Dao.

During the pandemic, increasing flight routes proved to be the right decision. When the market recovers, we have already had a well-rounded system to serve the needs of our customers. Bamboo’s goal is that until 2021 and in the long term, from any two provinces in Vietnam, Bamboo’s routes will be connected, in order for the citizens to benefit and the economy to develop. The fleet will increase to at least 50 aircraft by 2021.

Bamboo Airways’ signature 5-star flight – resort – golf packages have also been extensively marketed, combined with the FLC Group’s ecosystem, continuing to affirm our pioneering position in this sector. After the recent Lunar New Year, our series of fly-resort-to-Quy Nhon combo were launched and were immediately “out of stock”.

Not only developing the fleet size, Bamboo has also invested tremendously in the plan to upgrade the existing fleet of which the recent the purchase of advanced backup engine LEAP-1A from manufacturer CFM International was a part.

Certainly, during this era, only a few airlines in the world can still both increase their flight network, aircraft fleet and market share while still ensuring safety and on-time performance like Bamboo Airways. 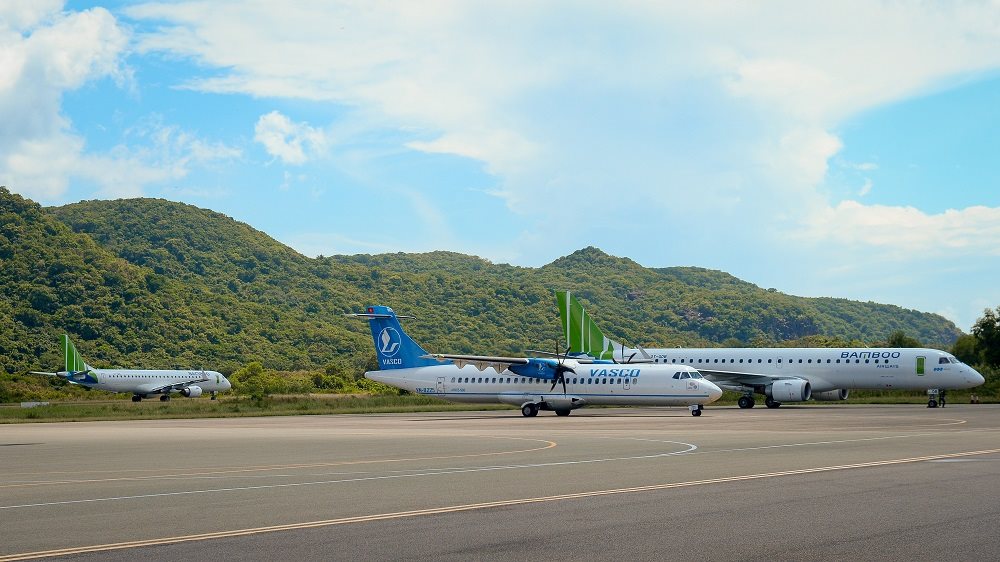 Bamboo Airways’ newest announcement that it currently holds the leading position in the number of domestic routes has been drawing a lot of attention. Could you please give comment on these statistics?

– We don’t lie in aviation, the numbers are updated every day, every week from the airports, the Aviation Administration. There was a week that the number of flights between Hanoi and Ho Chi Minh City of Bamboo was the highest among the airlines. This can be verified by data.

I have not even mentioned Bamboo’s domestic market share compared to other airlines, but at the moment, Bamboo’s number of routes opening ticket sales is at the top of the list of all domestic airlines.

Is Bamboo’s goal to reach a domestic market share of 30% this year overly positive?

Regarding the service, you also see a significant number of praises from passengers flying Bamboo, and the company’s orientation is also to upgrade the service quality to be even better, towards the 5-star rating. With regards to the flight network, three years ago, when Bamboo came into operation, we had only 10-20 routes, but it has gradually increased to 40 routes, and currently we commercially exploit 57 routes.

Simply put, many people like to fly Bamboo because of our punctuality, modern planes, wide network of routes, affordable prices, good service, and friendly staff. 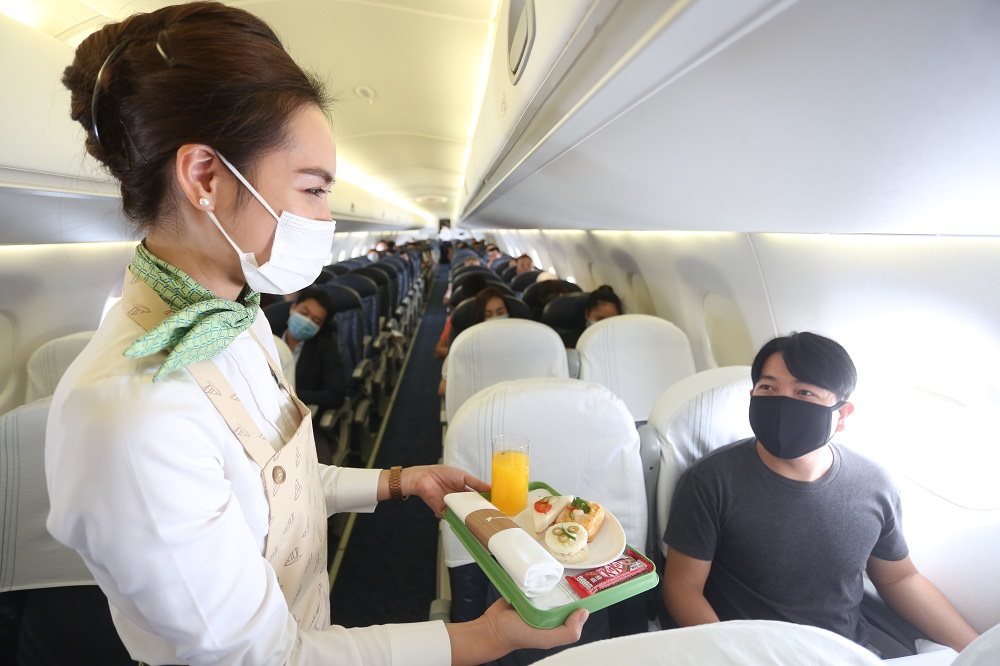 Towards the 5-star airline

Bamboo has its expectations of becoming a 5-star airline, but the 5-star standard is extremely stringent, and currently, there is no Vietnamese airline being officially rated. Is this goal possible?

In terms of speed, Bamboo has its own way of marking our work, unlike other airlines. Similar to before, when we were about to go into operation, many people were skeptical of how we could get out flights that early in the process.

When putting it into operation, Bamboo has continued to prove that we could overcome many difficult things, such as becoming the first private airline to put into operation a wide-body aircraft, being the most punctual airline in Vietnam, the first airline to open 6 direct flights to Con Dao, the first private airline to launch a Business Lounge at key airports, and being among a handful of Vietnamese airlines to have received IATA Operational Safety Audit (IOSA) by The International Air Transport Association’s (IATA), etc.

The IATA Vice Chairman himself made a visit to issue the certification and commented that it is very rare for airlines in the world to achieve IOSA certification after coming into operation for just a year like Bamboo.

If 2020 is considered a miracle year for Bamboo, then what is the new goal in 2021 to continue this landmark development, sir?

– Bamboo Airways still sets its growth target. The year 2021 will offer many opportunities, as long as even more challenges. Along with the availability of vaccines in the world and Vietnam, IATA estimates that the international aviation market will recover slightly in the second quarter and third quarter. Bamboo’s two major goals are to occupy a domestic market shares of 30% and become a 5-star airline.

The third is to better the digitalization of Bamboo, becoming the leading digitalized airline in the region and over the world. We were born in the period of rapid technological development, and are able to refer to the experience from successful operations in the industry so as to timely and promptly improve and upgrade technology in the company’s operation.

Bamboo Airways is expected to digitize both the internal system and that related to our passengers. In other words, in a single one-stop application of Bamboo, customers can buy flight tickets, vacations, edit information, schedules, etc. On the other hand, Bamboo Airways’ employees and leaders need only a Bamboo Portal to handle all tasks, minimize time and heavy paperwork, improve labor efficiency, etc.

Fourth, Bamboo will continue to offer many latest, convenient and flexible products from the package; flight – vacation extensive combos in cooperation with major resort partners outside FLC, increasing the brand coverage to the whole nation, etc.

Moreover, while focusing on the domestic market, we have never stopped preparing resources for international flights.  Direct flights to South Korea, Taiwan, and Japan are still getting ready to fly as early as the second quarter of 2021, if allowed by the Government.

Preparations for direct flights to Australia and China in Asia; Germany, the Czech Republic in Europe; America in American, and so on are getting set for any time. As you can see, in the past year of 2020, a big echo of Bamboo was to be licensed to transport passengers and goods to and from the US Department of Transportation.

At the end of 2020, the aviation market has welcomed a rookie, Vietravel Airlines. Is Bamboo concerned about the competition from new competitors?

– We definitely welcome the new player. Not only Vietravel, we also want to see more new airlines to expand the market.

For example, Thailand has a smaller population than Vietnam, but the number of regular airlines is 3 times more than ours; they have 13 regular airlines and 10 chartered airlines while we currently have 3 main airlines, and Vietravel making it 4.

The more airlines there are, the more the market will compete and grow together, making the competent one outstanding.

When Bamboo first entered the market, we not only created a new wave of services but also brought into the scene a new definition of working procedures and safety standards for Vietnamese aviation, in general.
When Bamboo made our first step in the market, people could clearly see that the overall quality of customer care services had been marginally increased. A fair competitive and customer-oriented market is conducive to development. 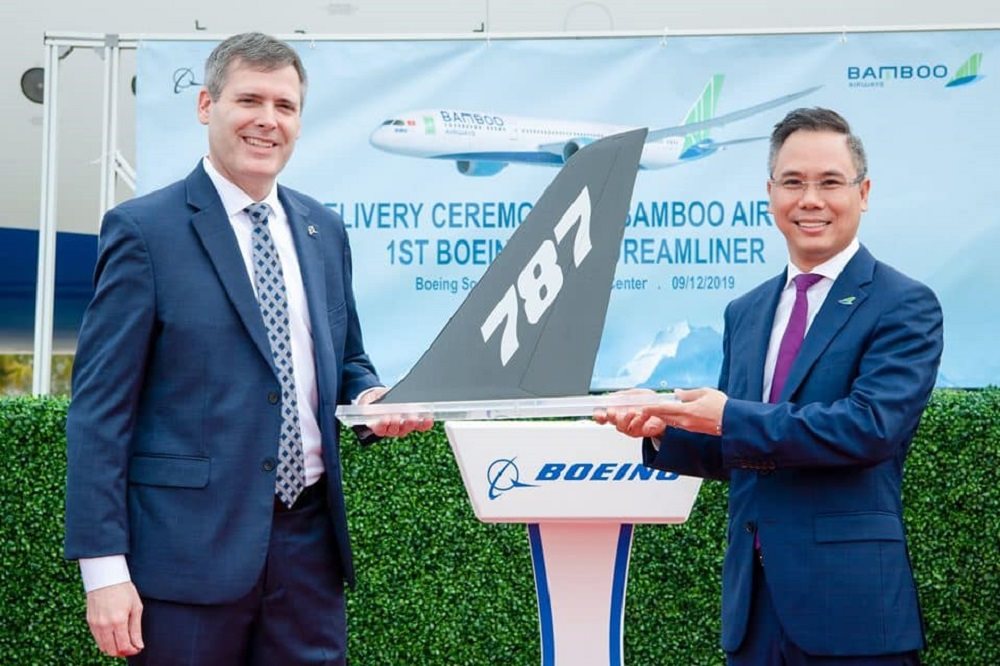 “The ‘where’ I do not know, but at Bamboo Airways, I affirm that there will never be a case of ‘bribing’ a few thousand dollars to get into the pilot’s payroll. All processes are completely transparent and principled.

The number of pilots of the airline by the end of 2020 is nearly 350, an increase of more than 20% compared to that in 2019. Bamboo is also implementing a pilot training program, planning to be self-sufficient of 10% of the airline’s total pilots in 2021.

We are very proud that when the airline grew rapidly, even during the pandemic year with the number of flights increasing by 40%, we did not allow any safety threats to flights, with almost absolutely on-time performance reaching 97%”.