The 10 localities with the largest economy scales and gross regional domestic product (GRDP) per capita in 2021 have been announced.

According to statistics from the HCMC Statistics Office, the city’s GRDP was estimated at nearly VND1,300 trillion in 2021 (at the market price on January 1, 2022), down 6.78% over the same period last year. Despite incurring the sharpest fall ever in the GRDP, HCMC remained the largest economic center of the country in 2021. 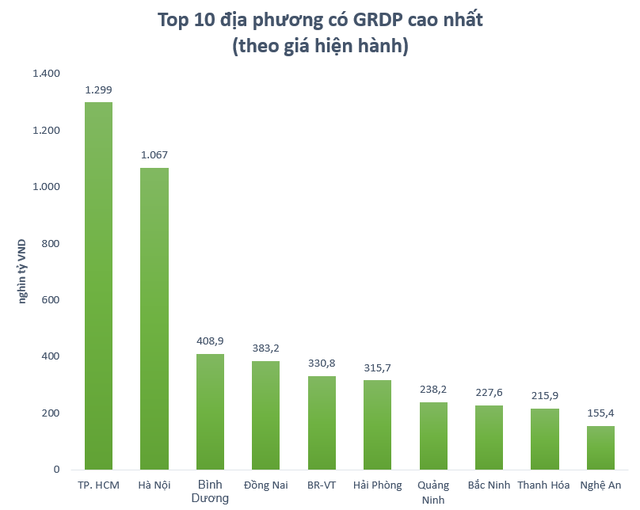 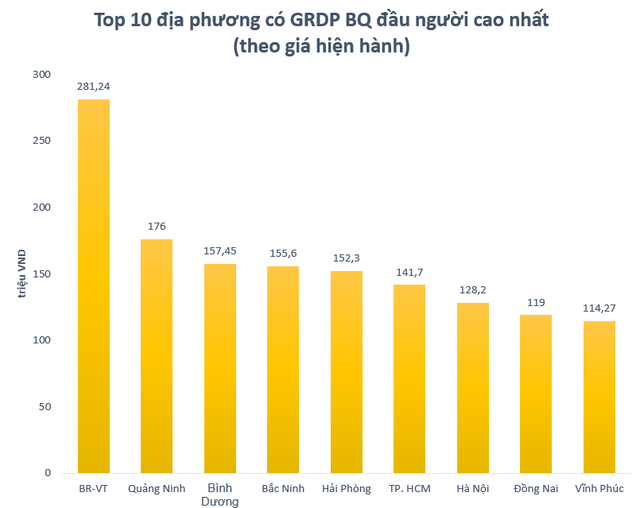 As for the GRDP per capita, Ba Ria-Vung Tau led the country with VND281.24 million, followed by Quang Ninh Province with VND176 million, according to data from the statistics offices of these provinces.

The 10 localities with the highest GRDP were not those having strengths in agriculture, but those with the industry, trade and service sectors playing key roles.

Farmers have been facing high production costs, while the consumption markets have been unstable. In addition, the connectivity between farmers, the State, enterprises and banks remains loose.

Other countries, such as Singapore and Japan, have developed strongly while they do not hold high agriculture development potential.

The Land Law has many restrictions, impeding investors. In specifics, the power of the People’s Councils of provinces has been limited in making decisions on land use.

Under Item b of Article 58, the People’s Councils of provinces are allowed to permit investors to transfer the use purposes of rice fields measuring less than 10 hectares each and protective and special-use forest land lots with an area of less than 20 hectares each.

Vietnam could not develop further if it stays put as a country with “advantages in agriculture.” The insight must change with positive thinking and drastic actions.