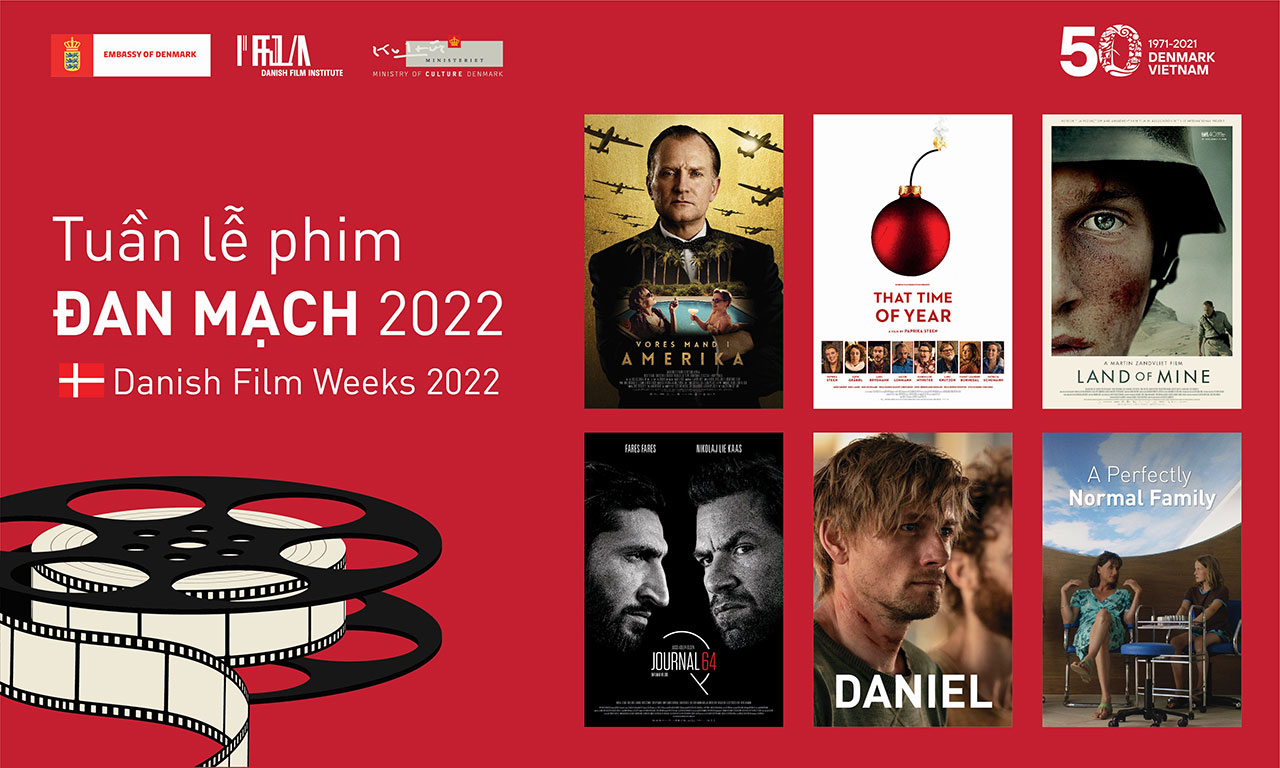 Films that have won several awards and nominations at Danish and international prestigious film festivals will be introduced to audiences during the event. Some of them include “The Good Traitor”’ “The Purity of Vengeance”, “That Time of Year”, “A Perfectly Normal Family”, “Daniel” and “Land of Mine”, all of which represent the high quality of Danish film production in recent years.

The selected film collection this year will give local audiences a glimpse into Danish society and life. The narratives of the films are captivating and varied.

All films are with Vietnamese and English subtitles, while some have age limits. Tickets are free and can be collected from June 22 for Hue and Danang and from June 24 for Hanoi and HCMC.

For the past five years, the Danish Film Week has become a popular cultural brand among cinema lovers in various cities across Vietnam and has helped build a bridge between Vietnam and Denmark.

Japanese film festival to be held virtually in Vietnam