Lotus—which has become Vietnam’s national flower since 2011—symbolizes beauty, serenity, purity and spiritual elevation. The flower can be found everywhere around the country, and used in religion, arts and architecture. It is also used in Vietnamese gastronomy.

The lotuses in this photo essay are in Dien Ban District, Quang Nam Province. Some lotus farmers in the area have earned their livelihood with lotus since the late 1970s. Summer is the local lotus harvest season.

However, lotus is more popular as scented lotus tea. Some farmers put green tea inside lotus flowers when the latter begin to close, around 11 p.m., and they then pick up the flowers at 3 a.m. This way, growers may come up with the best flavor from the lotus flowers for their tea.

Like in many other places in the world, lotus is considered a sacred flower in Vietnam, which grows and blossoms in mud. 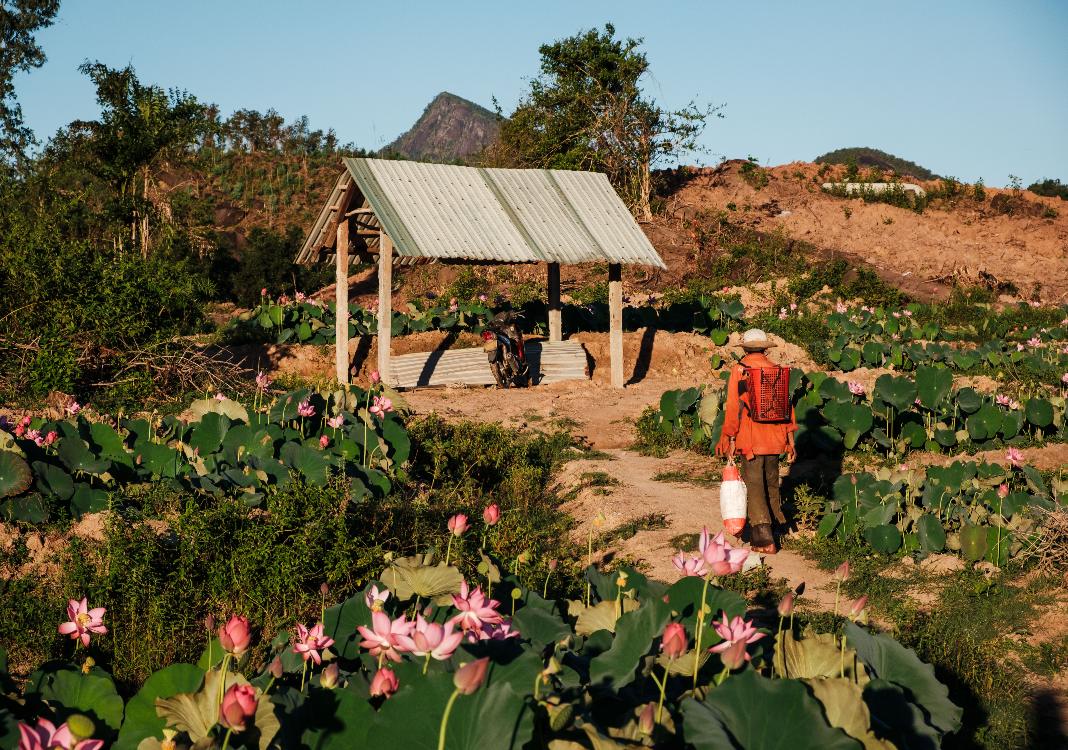 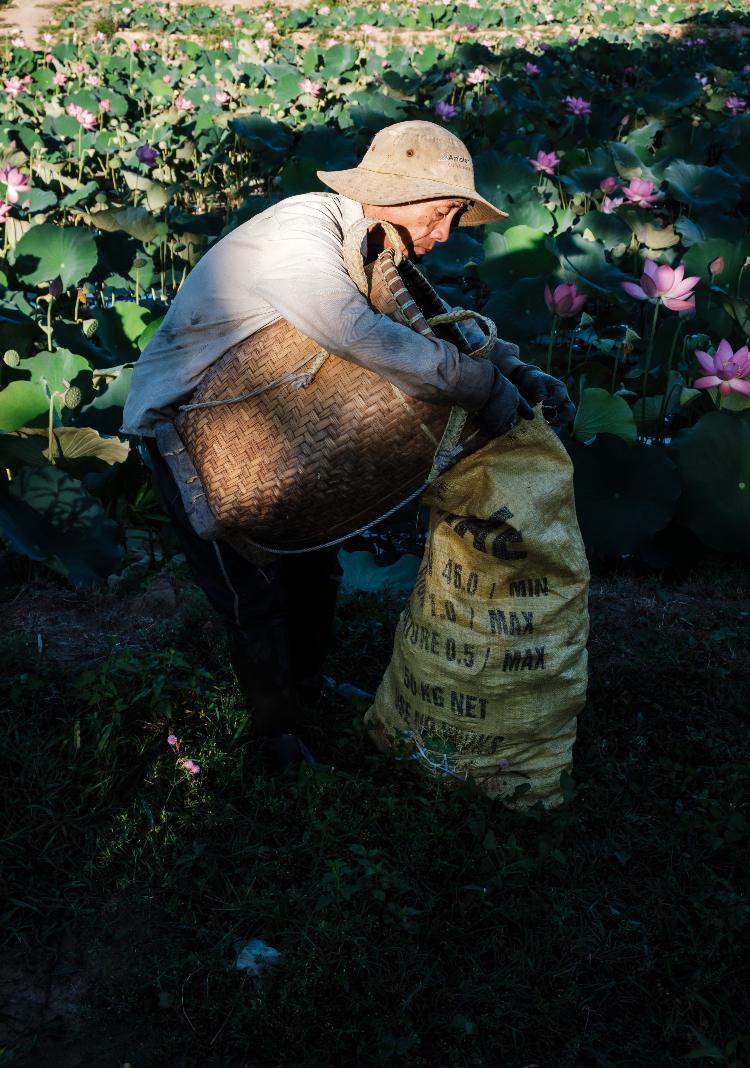