Vietnam imports nearly US$190 million of pork in Jan-Oct

Vietnam should make new moves to show international and domestic investors that she will go forward to living with the coronavirus instead of clinging to the “stop-start” approach in economic management.

About three weeks ago, when Omicron, a new variant of the coronavirus, was first detected in South Africa, I witnessed what was perhaps the swiftest reaction of Britain up to that time since Covid-19 broke out. Britain immediately halted flights from South Africa on November 25 while news about Omicron was reported only one day before, on November 24.

Immediate reactions by European and American nations—and then Asian countries—only 12 hours following the first reports on Omicron indicate that the new variant is serious. I noticed that almost all financial markets started the November 26 session with a sharp decline equivalent to the slumps in February and June 2020. Some of my friends who are working for investment funds now no longer believe that Covid would end in 2022 as had been remarked a few weeks earlier. I could not but wonder if this variant can resist vaccines, what would become of us?

Only five days following the first official pieces of news on Omicron, what Moderna’s CEO said soon sent the market into a panic. Immediately prior to the opening of stock markets in Europe, he said during an interview with The Financial Times that the vaccines currently available are less effective to Omicron. A friend of mine who is a financial analyst based in London said hilariously that at present CEOs of pharmaceutical firms might join the guessing game for the fate of vaccines. I burst out laughing at this idea, but still recognized his message: financial markets have begun to enter a guessing game.

After another day of strongly downward corrections, stock markets in Europe and America finally regained their calmness in the second week of transaction of December. New information showed that although the number of infections in Europe had risen, there were no indications so far of the corresponding number of hospitalizations. Statistics in South Africa showed that over 16,000 infections were reported on December 4, four times higher than on November 30. However, deaths remained low and stable with 25 on December 3 and 21 on December 4. Almost all infected people had very mild symptoms and could be treated at home. It seemed that despite its ability to spread rapidly, Omicron might not be highly lethal.

Stock markets in Europe and America rallied on December 6. Some stocks of manufacturers of yachts, luxury hotels and airplanes bounced back strongly. So did crude oil price. A faint hope had returned that the new variant was not so fearful. Some analytical reports I received also shared cautious optimism. The fear of Omicron has been assuaged to a certain extent, at least temporarily, one said. Some others, such as a source from JP Morgan, were even bolder, saying that Omicron might accelerate the termination of Covid-19.

After fears during the previous week came slight hopes.

We are still on a thin line

Until now, nobody knows how the Omicron variant would affect public health and the global economy.

When it comes to community health, three questions should be answered clearly. First, how fast are infections caused by the variant? Second, can it evade reactions by antibodies, T-cells and vaccines’ effects? And finally, and also most importantly, will it force infected cases to be graver or hospitalized or prone to die?

Initial statistics cannot tell much. While in South Africa, a big proportion of infected people were not vaccinated, Britain announced half of her Omicron cases had received two jabs. Although it seemed fearful, to about 70% of the British population that have received two shots and some 30% of the population that have received three jabs. It was no so serious (when the majority of the population have received two jabs, it can be understood that the majority of infections were those who had got two jabs). British Secretary of Health Sajid Javid then said none of the patients infected with Omicron had to be hospitalized.

Despite the positive news, Mr. Javid also acknowledged that the new variant might have permeated into communities as records in many parts of Britain showed some infections had nothing to do with international travel. That means the number of Omicron patients may rise later and it has not been known whether hospitalizations would rise or not. Therefore, optimism should not prevail in spite of positive news about the Omicron variant.

More importantly, regardless of the initial belief that Omicron may have slight impact on human health, international travel restrictions have been imposed. Furthermore, some social distancing measures may be reintroduced. In Britain, following the reimposition of face mask-wearing regulations, it is worried that requirements of social distancing rules will be enforced again for some social activities and business operations that have direct human contact.

The new situation poses a challenge to British businesses which have just recovered to a certain extent and have had to confront high inflation and labor shortages. Former British Prime Minister Teresa May has requested the incumbent government to devise new ways to live with Covid effectively instead of the “stop-start” approach re-emerging each time a new variant emerges.

Sadly, the thin line separating economic closure and opening is still in place, especially during the winter in Europe and America. It is a time, even without Covid, hospitalizations are high, which tests the resilience of the healthcare system. 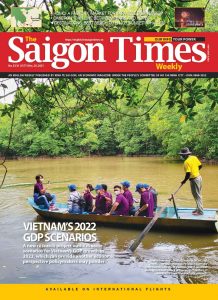 Vietnam should learn how to quell the fear

International investors are afraid that the new variant will exert negative impact on Southeast Asia that has been severely attacked by the Delta variant due to the relatively low vaccination coverage and the level of economic closure set to fight the pandemic. The new variant emerged when tourism had just been restarted in Indonesia and Thailand. As a result, the aviation and hospitality industries in the region will continue to face difficulties.

Among the emerging stock markets, those in Southeast Asia have suffered a setback worse than in Latin America and Eastern Europe after the appearance of Omicron. According to Alexander Wolf, the key strategy analyst in charge of Asia of JPMorgan, the “stop-start” approach employed by many nations in this region may enfeeble economic growth prospects.

The regional low rate of vaccination—for instance it is only 28% in the Philippines and 37% in Indonesia have received two jabs—is also a source of worry for economic opening. Although the rate in Vietnam is better than in these two nations, it stands at just 56%. In some localities in Vietnam, senior citizens and people with chronic diseases—those who are highly vulnerable to the coronavirus whether it is an old or new variant—have not received two shots. Meanwhile, a local healthcare network which is considered weaker than the counterpart in Western countries may expose another risk when the pandemic attacks the community again.

As Southeast Asian countries rely heavily on trade and travel, people from countries where the vaccination rate is low are likely to face hurdles when entering another country with high vaccination rates. The low rate is also likely to postpone economic recovery. Therefore, that international investors feel unsure in the short term is quite comprehensible.

These worries also indicate that Vietnam should make new moves to show international and domestic investors that she will go forward to living with the coronavirus instead of clinging to the “stop-start” approach in economic management. Pandemic fighting and economic growth are not mutually exclusive choices in Vietnam. That may be the message which should be conveyed by the Government via action. First off, fears which lead to extreme reactions, such as the refusal to accept customers from infected localities, should be completely got rid of.

Only by confronting fears can we live with the virus.

Vietnam imports nearly US$190 million of pork in Jan-Oct

Can Tho looks to boost smart tourism