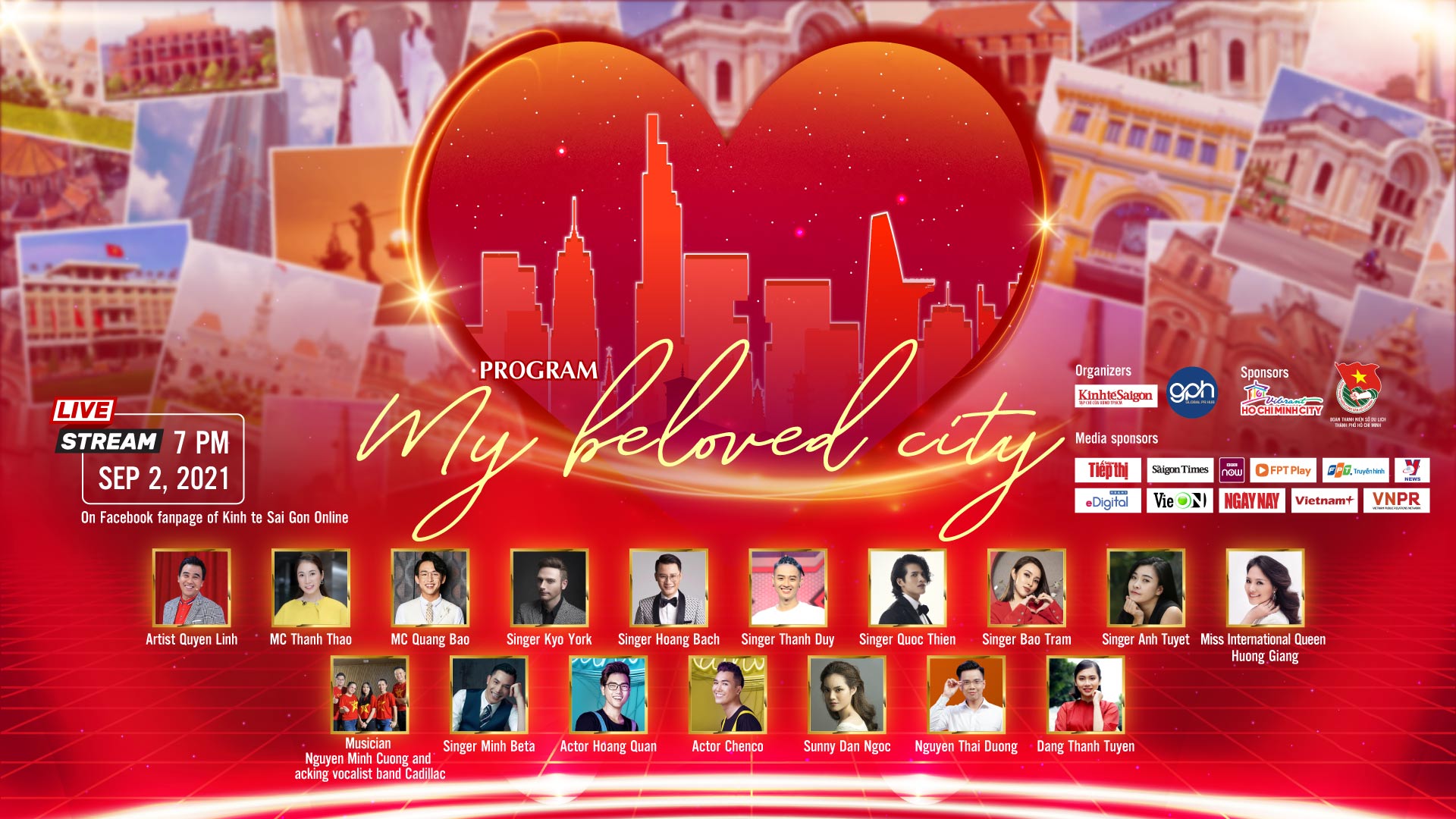 HCMC – The Saigon Times Group, in collaboration with Global PR Hub, will organize a virtual music program titled “My beloved city” on September 2 to encourage people affected by Covid-19 in HCMC and the frontline forces engaged in anti-pandemic activities.

After over three months of social distancing with stringent anti-pandemic measures, the Covid-19 pandemic is still developing complicatedly in HCMC, affecting all socioeconomic aspects of the country’s economic hub. The city, with a population of over 10 million, has become the biggest Covid-19 hotspot in the country during the fourth wave of the pandemic, which began in late April.

The city’s residents have united and supported each other to overcome this difficult time. They have also received support from people across the country.

Frontline forces, especially medical workers, have worked day and night to take care of Covid-19 patients, contributing to the fight against Covid-19 of not only HCMC but also the entire country.

To show love for the frontline forces and encourage them in the fight, the Saigon Times Group has collaborated with Global PR Hub to organize the “My beloved city” music program.

Serious music at the forefront with HBSO