Some forecasts of Vietnam’s economy in 2022

Vietnam’s gross domestic product (GDP) growth this year may be over 6.5% if high global inflation can be harnessed, the roadmap of the U.S. Federal Reserve (Fed)’s interest rate raises is on schedule and economies worldwide are fully open

Dr. Vu Dinh Anh, an economist, forecast Vietnam’s economy will soon recover and regain her pre-pandemic growth rate due to the stable macroeconomic fundamentals in 2021.

Recovery based on stable macroeconomic fundamentals

The export-import sector made the most of opportunities to export goods worth US$336.31 billion in 2021, a jump of 19% year-on-year. Of this, domestic exporters earned US$91.09 billion, accounting for 27.1% of the total export sales.

That export revenue posted a relatively high growth rate, according to Mr. Anh, positively impacted the balance of trade, the current account balance and the balance of payments.

As for pricing regulating activities, Mr. Anh argued that the stability of essential goods prices in the context of disrupted production and supply chains helped Vietnam bring her inflation rate to under 2%.

In addition, Vietnam’s foreign reserve worth more than US$100 billion and a low appreciation of the dong against the U.S. dollar, at about 1%, contributed to macroeconomic stability, and brought inflation under control during the pandemic.

As far as fiscal and monetary policies are concerned, Mr. Anh said the simultaneous implementation of policies which included lending rate cuts and social welfare support worth tens of trillions of dong while still maintaining control on public debt and budget deficit was fundamental to the successful effort to help the economy surmount difficulties.

Likewise, Nguyen Xuan Thanh, lecturer of the Fulbright School of Public Policy and Management, said the persistence in pursuing a prudent fiscal policy and increased aid relief for the people and businesses by means of monetary policy helped Vietnam stabilize macroeconomic situation despite the catastrophic consequences of Covid-19.

“In spite of the monetary policy formulated to provide higher aid relief, macroeconomic indicators remained stable, and inflation was completely under control, which was totally different from what happened 12 years ago,” said Mr. Thanh at a conference entitled “A Review of Vietnam’s Economy in 2021 and Prospects for 2022” held last week.

Prof. Hoang Van Cuong, vice rector of the National Economics University, maintained that the quick vaccination rate and the decision to change the pandemic fighting strategy have helped Vietnam retain her socioeconomic activities at a relatively normal rate while thousands of infections were still reported a day. This endeavor enabled the economy to recover in the final quarter of last year from a negative growth rate.

Nguyen Xuan Thanh argued that export will continue to be the main driving force for Vietnam’s economy this year.

He explained that Vietnam is now in a very favorable position when it comes to export profile and a diverse list of global partners.

Besides, Vietnam will benefit more from the scarcity of goods on a global scale due to the disruption of supply chains.

“If you could maintain production, you might be able to export your products,” said Mr. Thanh. “You can see that last year, Vietnam’s exports to all markets were on the rise.”

Besides, Vietnamese enterprises have acquired the ability to adapt to and maintain production and provide services in the context of the pandemic. This ability, according to Mr. Binh, can be recognized via the total foreign trade of US$668.54 billion in 2021, an annualized surge of 22.6%.

As regards export prospects in 2022, Mr. Thanh put the total export sales growth rate at 14% over 2021 provided that the shortage of goods on a global scale persists in the first half of this year. After that, export may face more challenges when the monetary tightening policy is in place, forcing the people to save more.

Le Duy Binh said foreign investors will retain their confidence in Vietnam when they look at efforts to stabilize macroeconomic situation and the Government’s determination to improve the investment and business environments.

Aside from the above two growth drivers, experts still pin hopes on the economic rescue packages passed by the National Assembly.

According to Nguyen Xuan Thanh, the cut on value-added tax rate is highly effective. The immediate implementation of this policy soon impacted the people’s livelihoods, he said.

“A policy which is not a burden will come into life soon,” he explained. “Furthermore, when the policy sets no conditions for beneficiaries, its impact can be felt immediately.”

Dr. Vu Dinh Anh contended that the 2% VAT cut on many commodities subject to a 10% rate will impact all transactions on the market. Manufacturers and distributors will not have to increase prices in the context of higher pressure from production costs.

Also, according to Mr. Anh, the policy on VAT rate cut will contribute to the control of the consumer price index (CPI) when domestic consumption is recovering. Such a tax cut will help the Government achieve two goals, which entail giving support to economic growth from both production and consumption, and stabilizing macroeconomic situation and putting inflation under control.

When it comes to the 2% interest rate aid package, Mr. Anh said it is a new approach because the authorities cite only those that are not beneficiaries instead of naming only beneficiaries.

“That is a new approach because it is not only clear, transparent and in line with international practices but also helpful to implementation,” he said.

Meanwhile, Hoang Van Cuong predicted that this policy will have a tremendous influence on businesses. The VND40 trillion to be spent by the Government supporting interest rates will exert effect on VND2 million trillion of capital for enterprises. 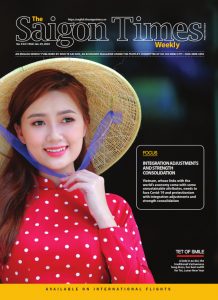 However, Mr. Cuong warned that policymakers should pay more attention to business households and small and medium enterprises, those that are unable to recover without capital and credit support.

“These borrowers are off-limits to traditional credit conditions as they have no assets to be used as mortgages or have non-performing loans,” he said. “If the effective condition remains compliance of loan requirements, these borrowers will be eliminated.”

According to Mr. Cuong, policymakers should switch from the control policy using credit conditions to a new approach in which banks go hand in hand with businesses. In this case, banks should consider the real purpose of borrowers.

“If enterprises obtain loans to buy materials, then banks may pay directly for them so that enterprises can receive the materials,” he suggested. “Then the production and product consumption at the enterprises concerned should be monitored so that loans can be paid.”

Mr. Cuong maintained that this method may help banks better manage loans via controlling money flows instead of mortgages, and give enterprises and business households actually doing business a chance to benefit from government policies.

As for borrowers, they will use loans to recycle production while bank deposits, stock investment and the realty market will be soon put under control.