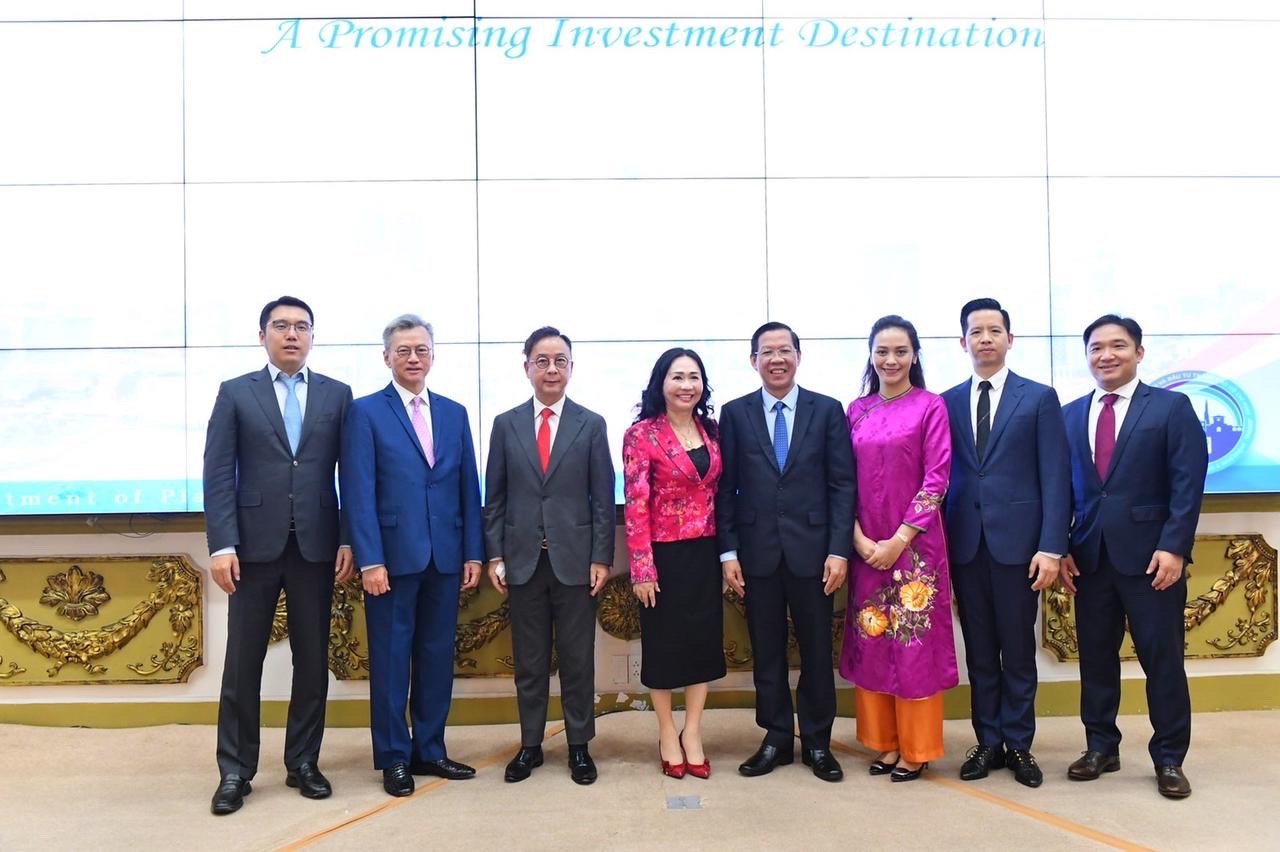 On April 13, 2022, Van Thinh Phat and two leading Asian firms as its partners —Japan’s ORIX Corporation and Hong Kong’s CK Asset Holdings Limited Group—worked with leaders of the HCMC government to sound out investment opportunities in the city in the post-pandemic period.

ORIX Corporation is a long-established global firm in Japan with nearly 60 years of development. The corporation has been present in 31 countries and territories with over 888 subsidiaries and 134 affiliates. This is one of the largest firms in the renewable energy sector in the world with projects totaling more than three gigawatts worldwide, and is a leading investor in the finance, insurance, infrastructure and real estate sectors. As of the end of 2021, ORIX Corporation has been managing funds worth up to US$400 billion, assets totaling US$91 billion and equity of US$24 billion. 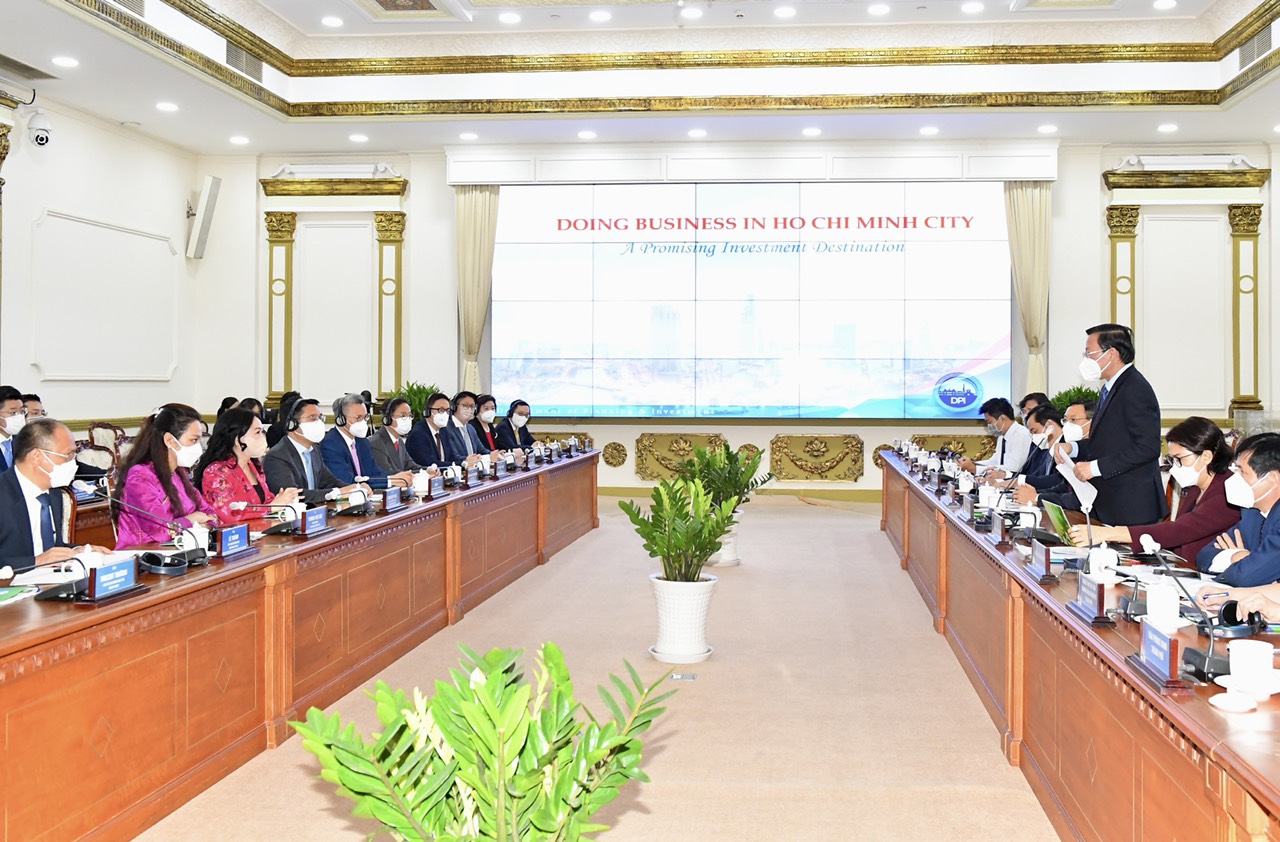 Meanwhile, CK Asset Holdings Limited is one of the strongest groups in the property and infrastructure sectors in Hong Kong. The group was established by billionaire Li Ka-shing with multiple investment projects in Hong Kong, China and other countries. The 70-year-old CK Asset Holdings Limited is holding assets worth more than US$80 billion and equity of over US$50 billion. Its revenue in 2020 reached over US$9 billion.

The two firms are partners of Van Thinh Phat, a leading economic group in Vietnam. It can be said that Van Thinh Phat serves as an important bridge for the two large groups of Japan and Hong Kong to enter HCMC.

At the meeting with HCMC leaders, Justin Chiu, executive director of CK Asset Holdings Limited, said the company was confident in the investment in HCMC partly thanks to the guarantee of its local partner—Van Thinh Phat.

“Over the past few days, we have surveyed projects of Van Thinh Phat Group in HCMC and has been completely persuaded. To have a vast cleared land fund in such a city as HCMC, the investor must have clear vision and strong commitment. If these projects are developed in such a way to realize their potential, we believe that they will contribute to redefining the city’s livability and strengthening the position of HCMC and Vietnam as a whole,” Chiu added.

As for ORIX Corporation, the firm also expressed its confidence in the cooperation with Van Thinh Phat as the group’s available connectivity is great. The prestige and experience of Van Thinh Phat in the international financial market has brought ORIX to HCMC.

Speaking at the meeting with HCMC leaders, Li Hao, deputy head of the East Asia Business Headquarters of ORIX and president of ORIX Asia Capital Ltd, said “With projects, business centers and the prestige of Van Thinh Phat in HCMC, we believe that ORIX’s investment in Vietnam will be realized soon and produce achievements in the near future.”

Truong Hue Van, general director of Van Thinh Phat Group, said Van Thinh Phat had accompanied HCMC’s development over the past 30 years. The group is consistent with the vision to accompany the Party and the State in developing a prosperous and civilized city.

Despite multiple subjective and objective challenges, the group has been still preserving its characters in its business philosophy, which is the commitment to the long-term and sustainable development and considering the prestige of the group and the country as the top priority.

The group always wants to connect all resources and access investment sources so that the city can grasp all opportunities and realize its potential to develop correspondingly with the position of the leading economic hub of the country, Van added.

Coca-Cola starts construction of new factory in Long An, emphasizes commitment to sustainable development in Vietnam

Vani Membership Integrated Wallet – Various benefits on only one app