VN-Index still fumbles for a breakthrough at the 1,400-point threshold

Last week saw a tug of war when it came to transactions as the VN-Index was thwarted in its effort to surpass the 1,400-point threshold. Although the index did succeed in making it for a while, the rising supply coupled with the unpredictability in the maturity week of derivatives prompted it to make a U-turn and fall headlong. It even happened that during the October 20 session on Wednesday, the VN-Index gave away almost 20 points before gaining to lose only one point when the session came to an end.

The average liquidity of the entire market dropped slightly by 0.4% from the previous week, reaching VND26,484 billion per session. While two bank stocks, VCB and CTG, were the greatest losers—which made the index shed more than three points—PDR, DIG and NLG became the support for the market as they gained two points for the VN-Index.

Notably, the money flow seemed to favor stocks that had small and medium capitalization, which helped the indices of the HNX and the UpCom retain their rising trend. On the weekend closure, the VN-Index reached 1,389 points, a fall of 3.46 points, or 0.25%. On the contrary, the HNX-Index rose 1.66% to 391.2 points and the UPCoM-Index rose by 0,97% to 100.3 points.

The foreign side’s average value of transactions declined 7.5% to VND3,343 billion, accounting for only 6.3% of the total market value. The strongest minus was foreign investors kept their net-selling at VND3,635 billion. To be more specific, as far as matching orders are concerned, the foreign side net-sold stocks worth VND3,811 billion on the three exchanges while net-bought only VND176 billion on the agreement channel.

HPG was the stocks with the strongest net-selling value worth VND1,017 billion in defiance of the positive information on its positive business results in Q3-2021. Coming second on the net-selling portfolio of foreign investors was NLG worth VND528 billion. Next in line were SSI, VHM, NVL and VIC (VND246 billion), whose net-sold value amounted to more than VND200 billion. On the contrary, the center of net-buying was VNM worth VND344 billion.

On the U.S. stock market, the key indices, such as Dow Jones, S&P and Nasdaq, continued to have a positive week due to good business results in Q3. Remarkably, last week, the first bitcoin ETF was listed in the United States. Named ProShares Bitcoint Strategy ETF, this fund was put into operation and quickly became the second most transacted treasury stock in history, marking a landmark for the cryptocurrency industry.

According to Bloomberg, during the October 19 session, ProShares Bitcoin Strategy ETF, coded BITO, increased 5% when more than 24 million treasury stocks were traded worth US$1 billion. Aside from BITO, some other bitcoin ETF has been registered for listing. Analysts are expected Valkyrie’s bitcoin ETF, presumably coded BTFD, to be listed soon. Meanwhile, Grayscale Investments LLC and the New York Stock Exchange have lodged an application for transforming GBTC, the world’s largest bitcoin fund, into an ETF. 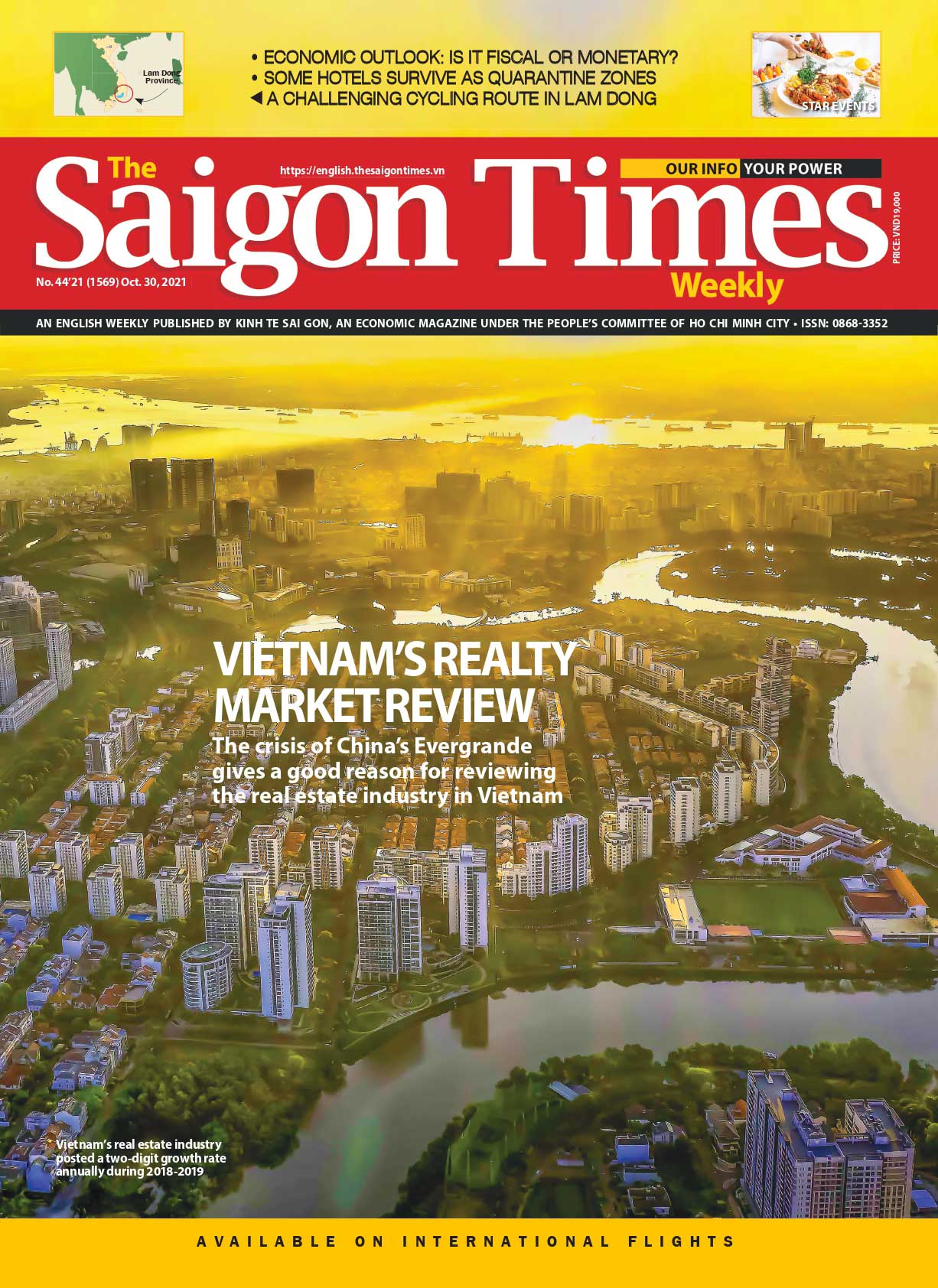 In Vietnam, the duration in which business results in Q3 are announced was one of the key factors which affect the market. Some initial positive results coming from banks, for instance TCB, did not seem to be able to attract the money flow back to the blue-chips. The majority of experts are still convinced that Q3 profit of the banking industry may have been much slower than in Q2.

More worrisome is the bleak picture of the banking system’s bad debt. It may turn sour when the entire economy has been severely weakened by lockdowns imposed in the third quarter. The bottom of bad debt will be more visible in the coming quarters. However, it is very likely that banks will actively set up provisions in Q3 in accordance with their respective financial strength of each of them.

As for the real estate industry, Q3 often generates low profit. The peak season of this industry often falls in the fourth quarter.

At the same time, the prolonged social distancing time in HCMC and the neighboring provinces has seriously hindered commerce and the work progress of constructions in key locations, such as HCMC, Dong Nai and Long An, which will in turn adversely affect the delivery time and profit in the future of quite a few realty businesses.

As the banking and real estate industries, whose shares are the biggest on the market, are likely to receive not much support from Q3 business result reports, the VN-Index is predicted to face with more challenges centering around the 1,400-point threshold. That the money flow is channeled to the groups of stocks that have small and medium capitalization is principally speculative and short-term. Therefore, striking a balance between stocks and cash which is both reasonable and flexible in investment strategy is essential at this moment.