Will banks have to cut lending rates?

In the context that liquidity has become abundant again and credit growth turns sour because of demand heading south in the latest pandemic resurgence, cutting interests of loans extended to hard-hit clients not only lends them a hand but also promotes banks’ credit expansion.

Following a cut in lending rates in mid-July, banks have recently sharply lowered these rates further in an attempt to aid those clients hit by the pandemic, giving priority to the ones living in the southern cities and provinces, where social distancing is observed under Directive 16. Reduction often ranges from a half to one percentage point per annum. As a result, within one month or so, the market has witnessed two rounds of lending rate cut at certain banks that opted for a total adjustment of 1-2 percentage points per year.

Furthermore, several banks continue to implement their preferential credit packages, offering the lowest interest rate of only 4% a year. At the forefront are still State-run banks like Vietcombank, VietinBank, and BIDV, which are known for their solid and broad customer base, plus financial potentials and profits always at the top of the system.

It is likely that joint stock banks will follow suit in the coming time. The State Bank of Vietnam (SBV) has recently issued an official letter on the implementation of lending rate reduction and bank service fee exemption. Also, the central bank said they will further enforce the supervision of lenders concerning the latter’s commitments to interest rate cuts to verify if such commitments are actually observed. This will serve as a basis for consideration of and introduction to policies on encouragement or limitation of banks’ credit activities in 2022.

Apparently, banks’ attitudes toward the lending rate reduction have been more serious in recent months. Moreover, the debt restructuring policy has been stepped up because many clients are struggling amidst the pandemic.

In the context that liquidity has become abundant again and credit growth turns sour because of demand heading south in the latest pandemic resurgence, cutting interests of loans extended to hard-hit clients not only lends them a hand but also promotes banks’ credit expansion.

Apart from the source of capital generated by the bonds banks issue and the considerable liquidity of the dong injected by the SBV via foreign currency purchasing, the system has acquired ample net liquidity from government bonds whose maturity has come in recent months.

Statistics show that the volume of government bonds due in the first eight months of 2021 was worth over VND1.7 million billion, nearly double the figure achieved in the same period last year, whereas only more than VND210 trillion worth of such bonds was newly issued. As the main investors in the government bond market so far, banks in the year to date, especially in the recent three months, have welcomed back a massive amount of capital formerly spent on this type of debt security.

The fact that liquidity is abundant is most clearly reflected in the level of interest rates in the mutual lending market between banks. Data updated by the central bank on August 26 show that the lending rates for overnight, one-week and two-week terms all fell below 1%, with the rate for overnight loans in particular now only 0.65% per annum, down 32 basis points (bps) from late July and 89 bps from the peak in late May. Similarly, the lending rate applicable to the one-week term has gone down 58 bps and 91 bps respectively, while that for two-week loans has dwindled 40 bps and 84 bps. The interest rates for those with a term of one month, three months and six months have also dropped significantly.

The decline in interest rates has even spread to the market of capital mobilization from citizens, thanks to ample liquidity and the rapid growth in deposits as the pandemic stimulates everyone’s demand for safety, one of the factors which prompts banks to reduce their deposit rates in the recent two months. The trend in turn helps banks stabilize the cost of capital input, or lower the cost of capital to be specific, and results in more favorable conditions for further interest rate cuts. 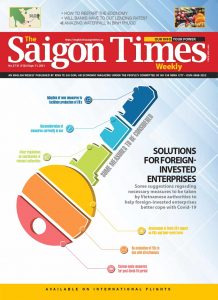 The pandemic has caused capital flows to find a safe haven in the bank deposit channel. Conversely, it has also led to a stagnation of credit again. In the first months of the year when credit growth was impressive, quite a few lenders soon reached their credit growth limits and urged the central bank to allocate extra quotas since the beginning of the third quarter. However, banks have ever since been unable to further boost lending. Several of them have even suffered a decline in their outstanding loans.

This is an inevitable consequence in the context that the economy has turned sour by the pandemic.

Notably, not only do enterprises and business households have a sluggish demand for loans, but some of them with idle working capital and abundant liquidity have even deposited their money into banks to earn interest. This trend is evidenced by the growth in banks’ institutional deposits, which is increasingly high, outpacing the growth in deposits by individual clients in recent months.

Therefore, slashing lending rates to help their customers survive the current tricky situation is also the way for banks to save themselves. It is because, if the financial burden proves too heavy, and corporate clients are slow to recover their production and business, the risk of bankruptcy will build up, putting banks at stake with an unpredictable surge in potentially irrecoverable debts.

There have been suggestions that banks should stopped charging lending rates instead of only lowering them now that a huge number of enterprises and business households have been forced to suspend their production and business activities. However, one should bear in mind that banks are just intermediaries that mobilize capital for lending. Therefore, even when affected by the pandemic or social distancing, these lenders still have to pay interest on their customers’ deposits. For this reason, exemption or reduction of lending rates should only be done to a certain extent.

Besides, given the absolute profits of trillions of dong banks have reported, some may consider this is unacceptable in the context the economy and the business community are mired in troubles. In fact, the equity of banks which is often tens of trillions of dong makes it obvious that their return on equity is still modest.