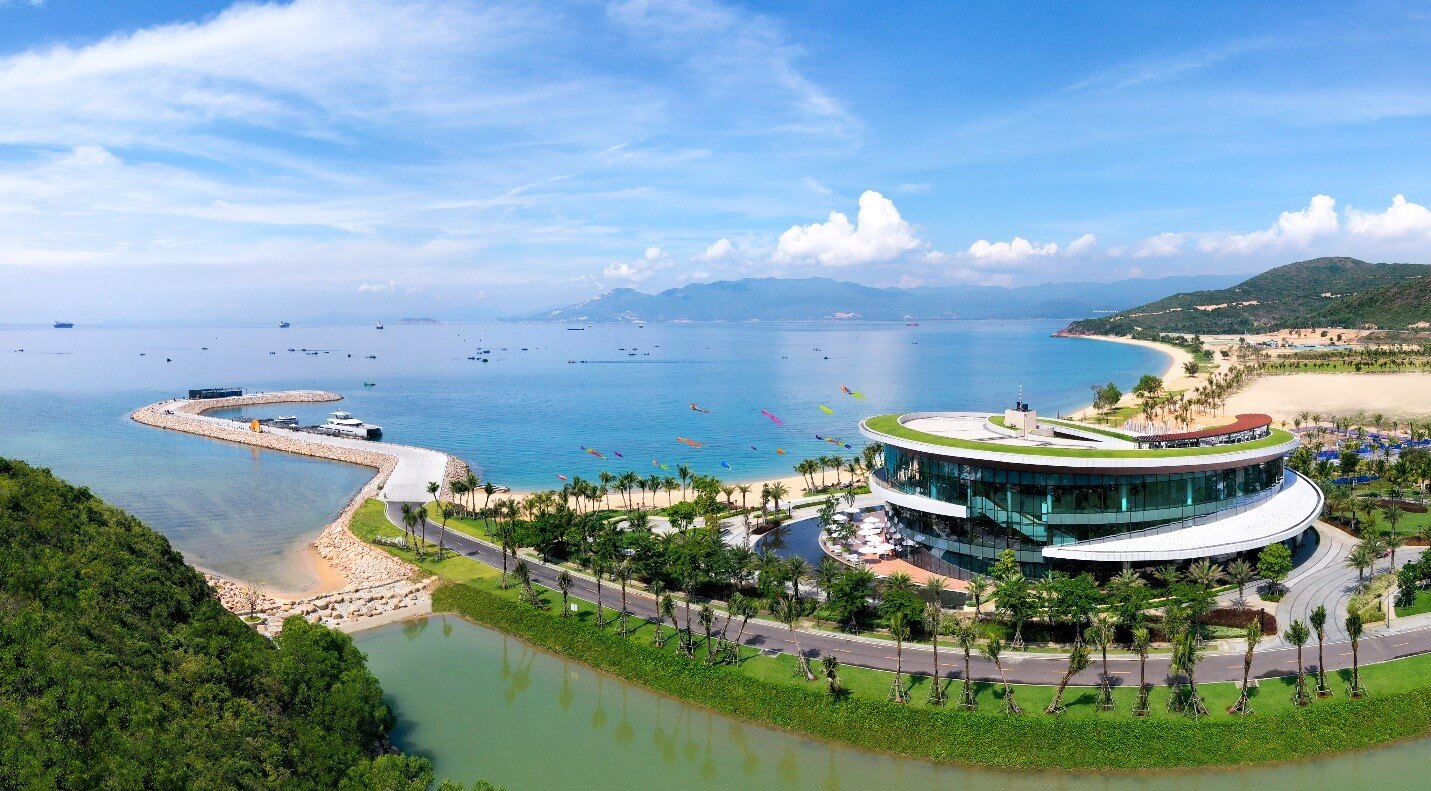 MerryLand Quy Nhon, dubbed a tropical marvel, is characterized by its unique attractiveness enhanced by a collection of 33 notable bridges, each with its own distinct architectural style. Every bridge is an expression of a specific architecture and culture, with the name closely linked to the vibes that it conveys. 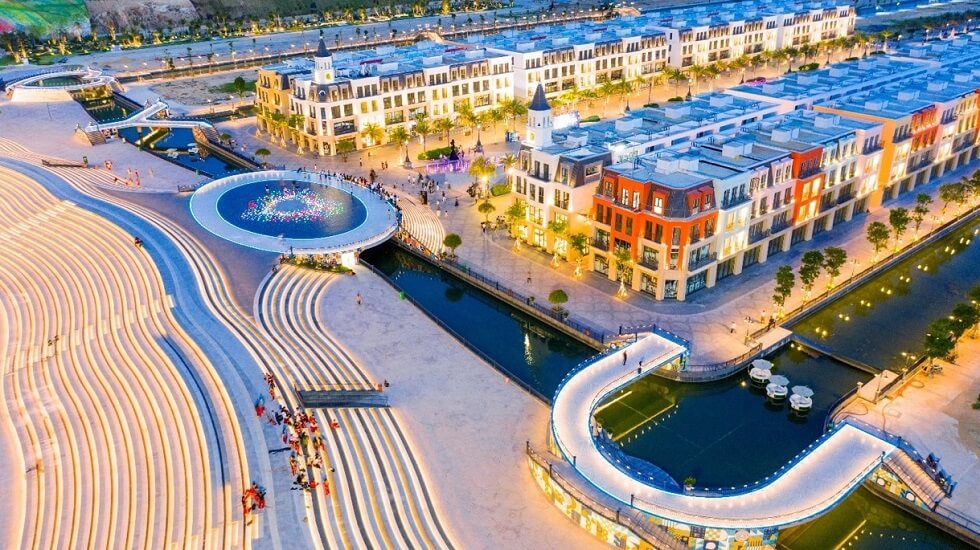 Everyone who visits the heart of the MerryLand Quy Nhon project on Hai Giang Peninsula in the coastal province of Binh Dinh would be delighted by the colorful beauty of the under-construction Bizhouse buildings, with four main canals leading to the beach. The three bridges with separate letters that form the word of “Y.O.U.” and the two heart-shaped bridges covered with tiny ceramic tiles that cross the channels were considered to be the focal point of the Bizhouse Canal District architectural complex. 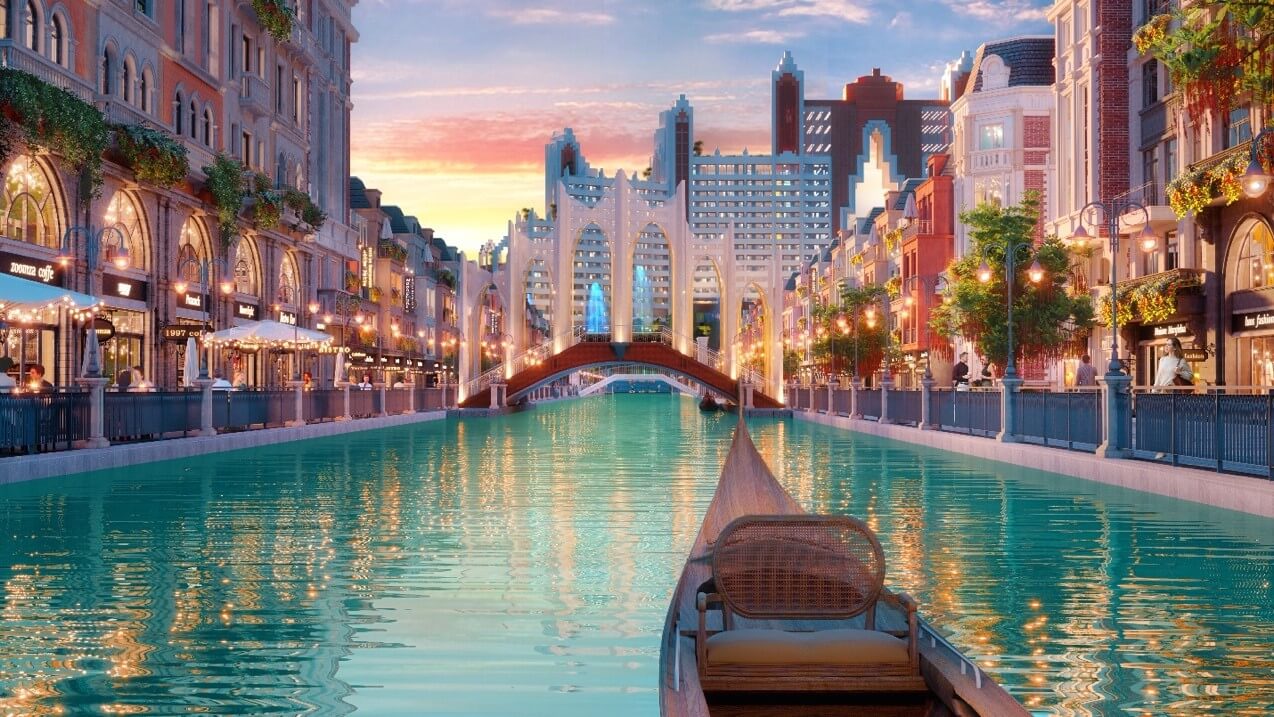 In addition to the stunning “Y.O.U” bridges, there is a collection of 28 other in-progress tourism bridges over four channels in the MerryLand Quy Nhon project. The constructions are expected to provide diverse cultures of wonderful places across the world, with 28 various architectural styles in line with the overarching concept of each row of Bizhouse buildings. 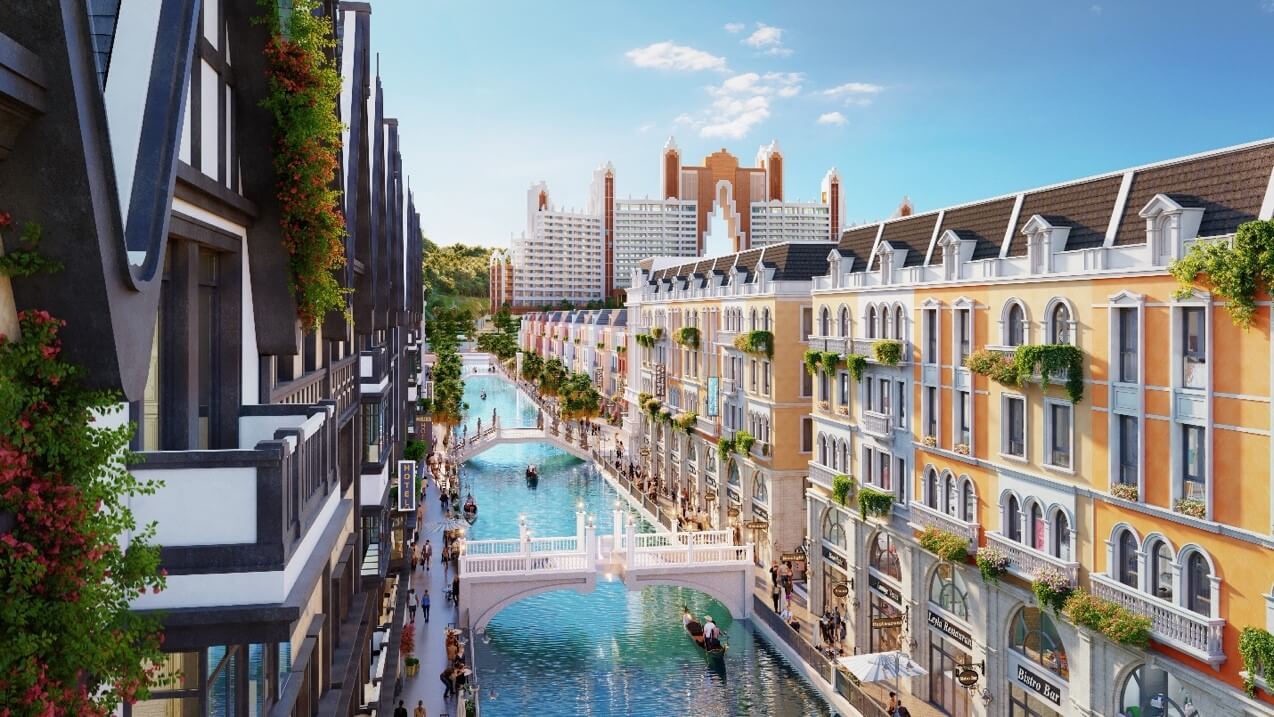 The project reintroduces world-famous architectural styles with the goal of providing residents and tourists with a diverse experience in the Canal District subdivision. In addition, the project’s name, Canal District, conveys a clear impression: a system of canals giving fresh air circulation for its “shrinking globe,” along with a breathtaking landscape along the canal, according to Architect Nguyen Thai Thuat Hien, vice chairman of the Vietnam Society of Landscape Architect, under the Vietnam Association of Architects—the author of the bridges project.

“The creation of 28 bridges in the project is unique in concept and diverse in architectural style,” added Architect Nguyen Thai Thuat Hien. 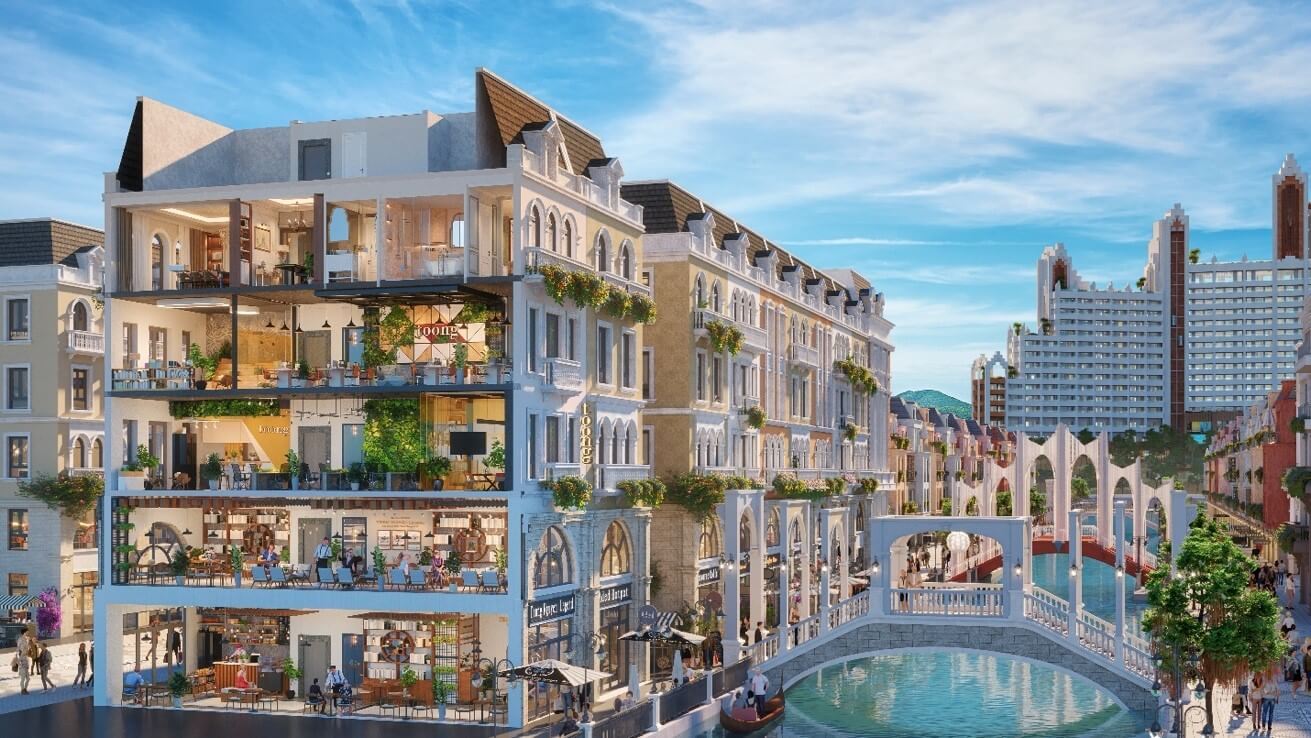 Every bridge has its own story, bringing along a profound notion of cultural and aesthetic aspects. The project, which illustrates the links of artistic values around the globe, is also considered as a piece of art that partially embodies the cultural vibes that the Bizhouse buildings are attempting to bring back. 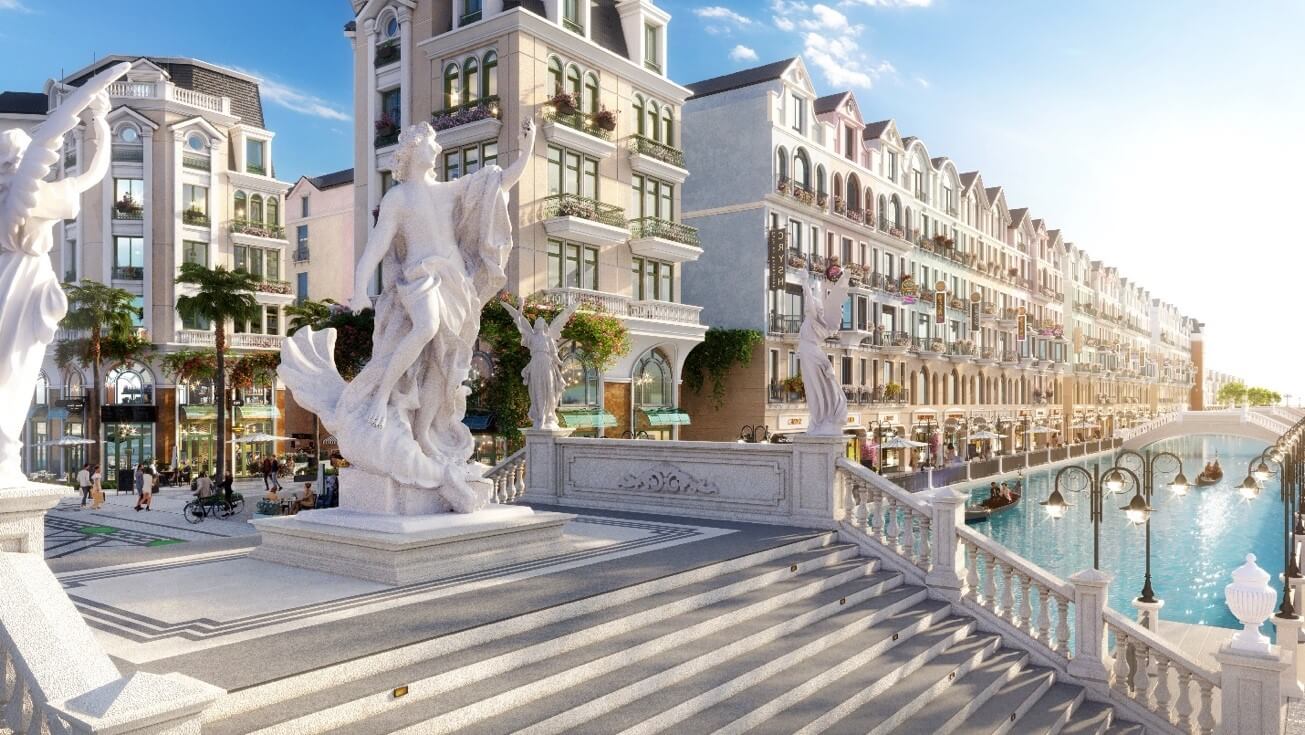 In addition to landscape effects, the bridges would support the business operations in the Bizhouse buildings. According to Architect Nguyen Thai Thuat Hien, the capability to connect sellers and buyers is regarded as one of the key commercial advantages. On the one hand, the Canal District’s collection of 28 bridges creates a traffic connectivity that allows visitors to easily reach every corner of the area. On the other hand, the bridges would raise the value of the surrounding landscape and business brands in the eyes of visitors, thus establishing a notable feature for each Bizhouse area. 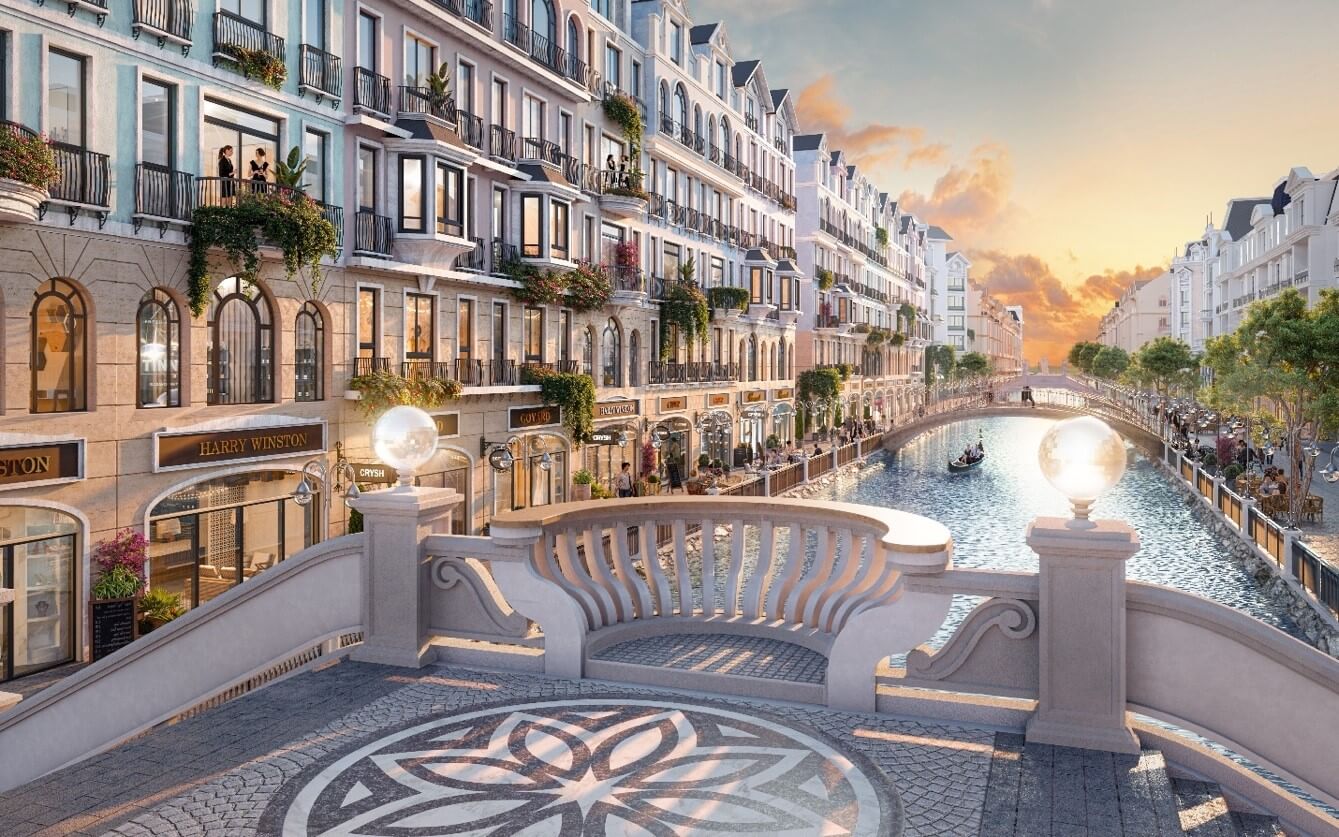 As stated by Architect Nguyen Thai Thuat Hien, the MerryLand Quy Nhon’s Canal District is a one-of-a-kind attraction in Vietnam, given its beauty of harmony that is unified by the richness of architectural style, the feature of canal landscape and the distinctiveness of bridge structures.

Additionally, visitors to MerryLand Quy Nhon have an opportunity to take part in a broad range of exciting experiences with luxurious facilities that will be first introduced in the city, namely Vietnam’s largest and longest water music square that combines martial arts and musical water performances, round-the-clock events and festivals, an 18-hole course Golf Club designed by golfing legend Greg Norman, a theme park, a luxury marina with a notable catamaran and many marine sports activities, among others.

Once being put into operation, the MerryLand Quy Nhon project will establish itself as a new landmark of Quy Nhon City, supporting local efforts to promote the city as one of Asia’s top attractions and meeting the demand of up to 37,000 visitors daily.