Is it fiscal or monetary?

Economic recovery is an urgent task for the time being in Vietnam, which highlights the role of prime importance played by the Government in spurring economic growth as investment and consumption from the private sector have plunged almost to the bottom.

Since early last year, after Covid-19 broke out in Vietnam, until now, the monetary policy has been loosened via three cuts of the policy rate made last year, the lift of credit ceilings for banks and the enhancement of dong liquidity via foreign currency buys. All aim to prompt banks to lower their lending rates. At the same time, policies have been implemented on reduction and exemption of interest and fees as well as debt rescheduling applicable to borrowers who are affected by the pandemic.

The above steps have in one way or another relieved the financial pressure mounted on many debtors, in particular businesses that are in tatters due to the halt of or perfunctory operation.

However, after two consecutive years of implementation, the loose monetary policy has to a certain extent exposed inevitable limitations.

First, the monetary easing will further boost asset appreciation. As soon as cheap money is pumped out excessively, the money flow tends to go to financial channels and assets to seek handsome profit instead of going to manufacturing sectors. This is particularly true when the capital demand of the corporate sector remains weak as a result of the devastating pandemic.

The fact that stock markets in the world as well as in Vietnam are still posting exponential growth bouncing back from the bottom since last March may clearly testify to this argument. What’s more, hikes across the board—from prices of numerous commodities, power and materials to inherently risky investment channels, such as cryptocurrencies—are the plentiful evidences showing cheap money is being pooled into any type of assets which are highly profitable in the current economic context.

Secondly, the loose monetary policy seems to benefit banks more than it does to business communities. As credit intermediaries, banks have the upper hand as well as the necessary flexibility in formulating mobilization and lending policies to ensure certain profitability under any circumstance.

As has been seen since last year, lending rates have always tended to decline at a pace slower and lower than that of deposit rates, which helps raise NIM (Net Interest Margin) and turn many banks highly lucrative although they have had to shed part of their profit via debt rescheduling and interest reduction.

Notably, once the monetary policy is tightened again and if the authorities concerned do not come up with an appropriate approach or only send out ambiguous messages, financial markets will soon become much more vulnerable to crises and macroeconomic instability, which exposes the real economy to grave risks. 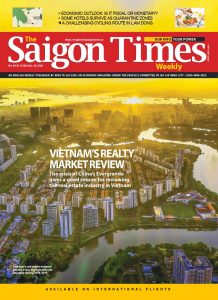 Confronted with the flaws of the monetary policy, it seems State governing bodies will prioritize the expansion of the fiscal policy in the coming time.

Practically speaking, in tandem with the loose monetary policy, fiscal tools have also been employed since last year. One among them was the VND62,000 billion aid package (in accordance with Resolution No. 42 in 2020, although its efficiency remained limited), among some others, in addition to increased public investment (although the implementation was not really forceful due partly to the fierce outbreaks of the pandemic).

Please bear in mind that the economic crisis ushered in by the Covid-19 pandemic over more than one year to date has exerted adverse impacts on both demand and supply in the economy. Social distancing measures, especially stringent lockdowns, have considerably dented both supply and demand as the people choose to be frugal to guard against future instabilities.

Which is why the governments of many countries have enforced strong policies, such as directly giving cash to citizens, and expanded social welfare plans which aims to not only help the people cover their daily expenses but also maintain the demand of the economy. These plans are a method for assisting businesses because they stimulate outputs for products.

Since early this year, the Vietnamese Government has carried out several aid packages in the form of reduction/exemption of taxes, reduction of fees and charges, or power price reduction (via State-owned enterprises).

Furthermore, in the coming time, the Government will continue to boost public spending and step up the work progress of infrastructure projects which are believed to create the favorable ripple effect for the economy.

However, fiscal policy is by no means a magic wand as it has its own deficiencies. Policymakers should therefore take into consideration risks and instabilities which may be brought about by fiscal policy in the future.

Take for example expansion of public spending while having to cut back on tax collection. These two steps taken at the same time will reduce income sources, which in turn piles heavier pressure on the budget. Subsequently, nations whose financial health is poor often find it hard to expand their fiscal policy if they do not accept an increase of budgetary risks beyond the point of safety. Some governments have to raise their budget deficit ceiling or public debt ceiling so as to implement their expansionary fiscal policy. By doing so, these countries consent to the sacrifice of future resources to put them into use at present.

Furthermore, the efficacies of some policies are limited. A case in point is the reduction/exemption of corporate income tax. Obviously, a business making no profit will find this kind of tax holiday/relief largely meaningless because it has earned no profit. What’s more, during the implementation process, negative impacts may arise.

Finally, an expansionary fiscal policy may lead to “crowding out,” a phenomenon occurring when government involvement in a sector adversely affects the remainder of the market. To ensure sources of income, the government in question will intensify borrowings by issuing bonds, which “crowd out” capital to be channeled to the private sector. Theoretically speaking, this effect can be averted if the government offsets the deficit by printing more money. However, bigger money supply will inevitably lead to higher inflation.

Anyway, in the context of the current economic slump, in which the leeway for a loose monetary policy is much narrower while its limits are seen more clearly, the choice of the expansionary fiscal policy seems inescapable. The world’s leading economy, the United States, is sending out signs of a gradual tightening monetary policy and priority of fiscal tools by means of stimulus packages and more investment in infrastructure and power sectors.