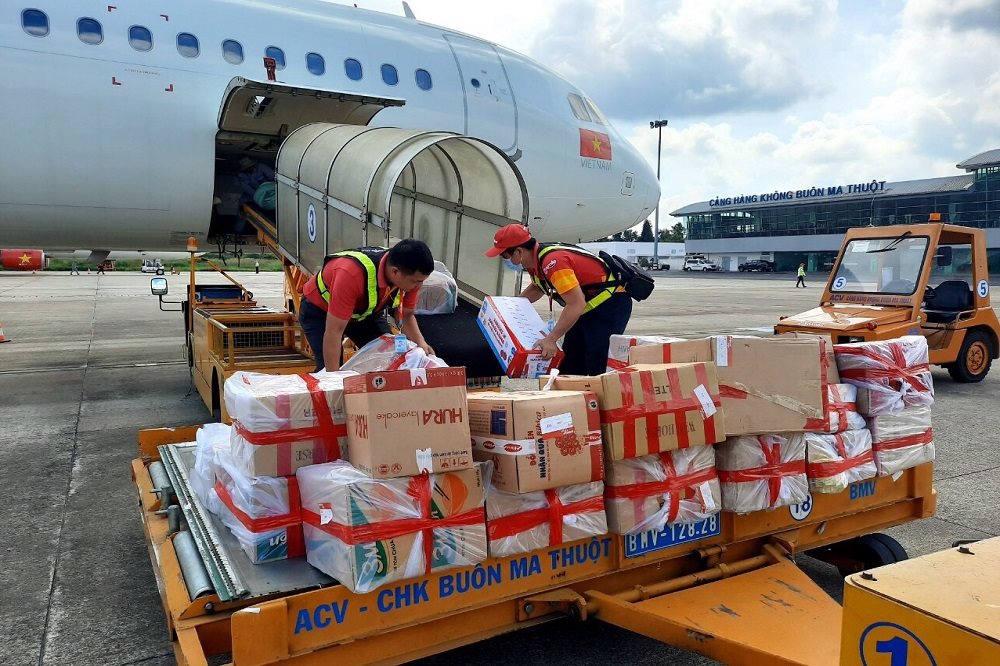 Vietjet Aviation Joint Stock Company (HOSE: VJC) has released its third quarter 2020 financial statement, showing a slight increase in air transport revenue over that of the previous quarter despite the second outbreak of Covid-19 in Vietnam.

The results turn out to be better than expected, and are deemed positive compared to other airlines in Vietnam and the world.

The airline’s total asset is VND45,269 billion (approx. US$1.99 billion) with the owner’s equity being at VND16,329 billion (approx. US$745 million) including treasury shares. Its current liquidity ratio remains at 1.14 while debt to equity ratio is staying at as low as 0.74, which are among the lowest in the global aviation industry. It allows Vietjet to proceed with its mid- and long-term financing plans in order to strengthen its financial position. The carrier’s capital flows are also significantly increased thanks to the full resumption of its domestic flight network.

During the third quarter, Vietjet operated up to 15,000 safe flights, serving more than 3 million passengers in the domestic market. The airline also operated 32 international flights, bringing 7,440 stranded Vietnamese back home from Japan, South Korea, Taiwan, Indonesia, Brunei and the Philippines strictly in line with safety regulations of the Ministry of Health and the aviation authorities.

Regarding commercial flights, Vietjet has acted swiftly to reopen international routes to Tokyo (Japan), Seoul (South Kokea) and Taipei (Taiwan) since September 29 when the pandemic has been put under control in Vietnam and a number of countries in the region. During the first nine months of this year, the airports were notably no longer overloaded with Vietjet’s On-time Performance (OTP) reaching an average of 91% and the aircraft reliability rate at 99.64%.

Vietjet has constantly introduced various big promotion campaigns and many products bringing new values to the customers during this period. In September, the carrier also launched a completely brand new ticket class called Deluxe in addition to the current SkyBoss and Eco classes. They come with attractive benefits and privileges specifically designed for different customer segments in order to meet the travelling demand of the passengers, diversify the airline’s customer base and increase sales and generate extra revenue.

Vietjet has also initiated new business ventures including the self-handling ground operations at the Noi Bai International Airport to optimize operating costs, independently monitor its operations and facilitate extra ancillary revenue at the airport as well as to better manage service quality.

The carrier has been proactively carrying out cost-saving measures like optimizing operating costs per block hour and constantly negotiating with various suppliers which so far has helped to cut expenses for aircraft leasing and maintenance. All in all, Vietjet’s operating costs are down by between 50 and 70%.

Vietjet has applied at the State Bank of Vietnam asking to launch the e-wallet services, as well as to implement the loyalty program.

The Government’s support has lifted great pressure off the domestic airlines with the introduction of Circular 10/2020/TT-BGTVT on September 1, 2020. Accordingly, Vietjet and other domestic airlines are granted a 50% fee waiver for flight operating services and especially for take-off and landing and ground operations until the end of 2021. The Government has also waived the environmental protection tax on jet fuel as well as offered preferential loans for the airlines. It has certainly helped Vietjet to cut costs and strengthen its internal strength for a robust recovery post Covid-19.

Vietjet’s results in third quarter 2020 is seen as one of few bright spots on the global aviation map that has mostly gone dark in the Covid-19 pandemic.

Third quarter financial statements of several airlines all point to big losses. Experts, however, believe the aviation industry has hit rock bottom in the third quarter and will begin its recovery in the fourth quarter. The US carrier American Airlines reports a quarterly revenue of US$3.2 billion, a decrease of 73% year-on-year. Another US carrier Southwest Airlines posts a quarterly revenue of US$1.8 billion, down by 68.2% year-on-year. The UK’s British Airways, meanwhile, said it had to cut a majority of flights and brought most of it operations to a halt.

As the domestic market is now in full swing, Vietjet, being well prepared with comprehensive resources and backed by low-cost carrier business model, is expected to stand firm followed by fast recovery and robust growth once the global aviation market bounces back.