A cake to worship ancestors 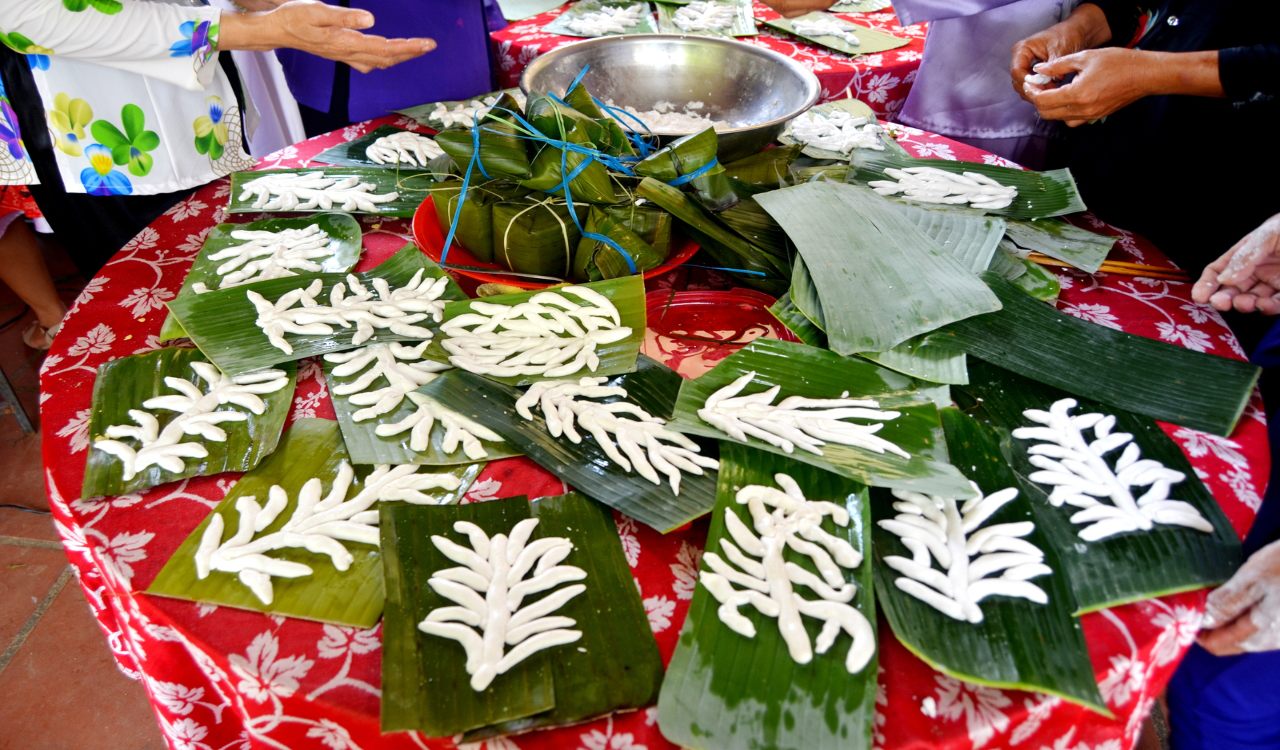 Hanoi seeks to remove hurdles to land use right auctions

Three years ago, in 2019, we saw ginger-shaped cakes for the first time in Ba Thu Bon Festival. Local women made these cakes on the spot to introduce to visitors to the festival. The cake is also appears in spring ceremonies in Duy Xuyen.

Actually, the ginger-shaped cake is created by Cham ethnic people. The cake is made to worship their ancestors and pray for a happy life on their special occasions.

Rice flour, sugar, egg and yeast are ingredients for the ginger-shaped cake. Rice flour is mixed with egg, yeast and some water to get a dough that is then formed into gingers. To keep their shape, local cooks often put them on banana leaves.