Culinary interaction in the Mekong Delta 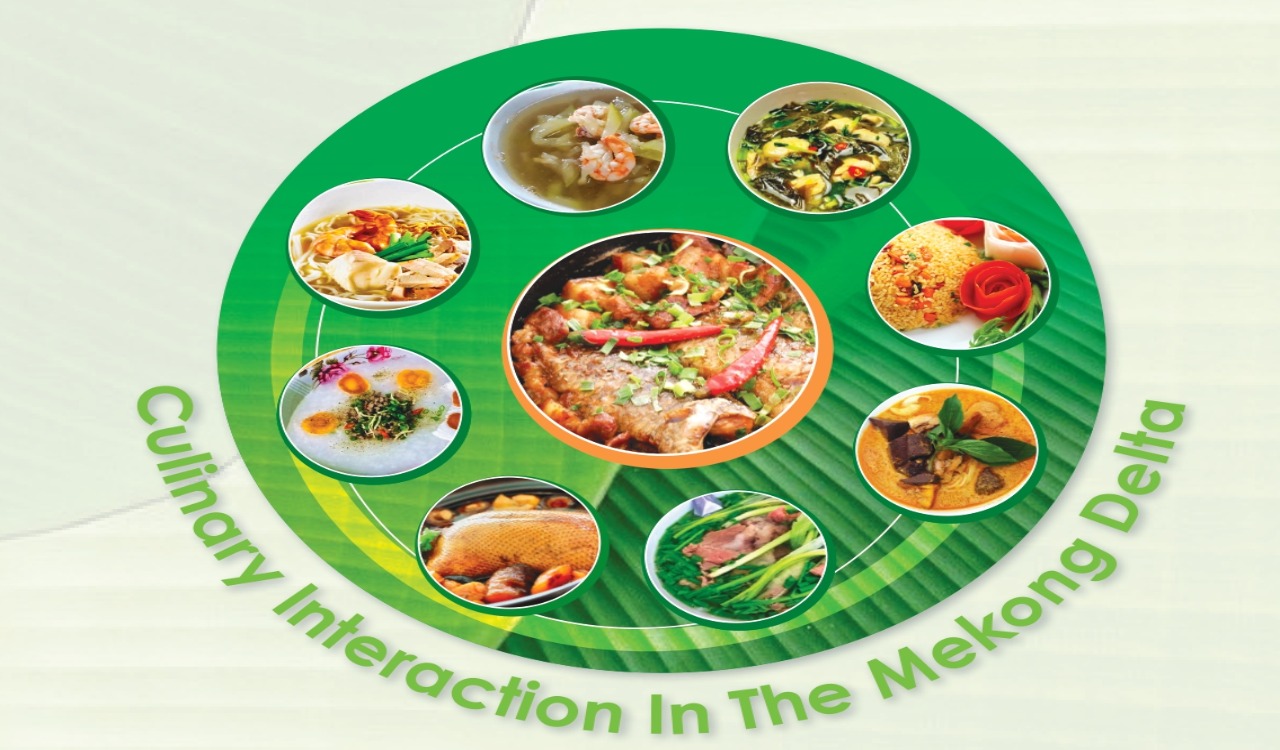 Kinh (ethnic Vietnamese), Chinese, Khmer and Cham peoples who live together on the same swathes of land in Vietnam’s Mekong Delta have retained their own cultural identities. There have been also interactions which show the uniqueness of this region, particularly when it comes to cuisine.

Before the 17th century, this wild land had been sparsely populated by indigenous inhabitants. When the Trinh-Nguyen Civil War broke out, more migrants came and earned their living on agricultural production. The new settlers were from three main sources, including fugitives during the war, farmers leaving their birth places which were villages in the north or the central region for a new life, and war prisoners sent into exile by Nguyen Lords—the rulers of central and southern Vietnam—to reclaim land. There were also a number of Chinese and Khmer people. Some Cham people arrived in the 18th century.

The delta was a new region which was then untouched and replete with wild beasts and impending dangers threatening residents’ life.

Like ethnic Vietnamese, who often lived in densely populated quarters, Chinese people, who were merchants, also often lived there. Meanwhile, Khmer people, who were good at farming, resided in the suburbs. As they had to fight cruel wild animals and natural calamities, the local communities in the delta soon fostered solidarity and cemented ties to reclaim the new land in a safer way. They cultivated fields, and built markets, bridges and villages to give a facelift to the delta.

However, during preparations of dishes, the Vietnamese, the Chinese or the Khmer still keep their differences in tastes. The Chinese prefer meat to fish, and opt for pork fat and salted fish steamed with pork while the Khmer prefer canh xiem lo. However, during the long course of living together, many of their dishes have become more similar. The members of the Vietnamese, Chinese and Khmer peoples in the Mekong Delta all like to eat dried fish, braised fish and sour soup.

Viewed from the second perspective, local original dishes are modified by reducing or adding ingredients of spices to create new tastes. Particularly, the Khmer’s bun nuoc leo is also favored by local Vietnamese and Chinese. The dish is originally prepared from shrimp and well-cooked dried fish. The broth includes citronella, red chili and mam bo hoc (prahok, Khmer salted and fermented fish sauce). The accompanying herbs are curly mint, basil, chives and young banana trunk slices. Meanwhile, the Vietnamese have added some more ingredients to this dish to make it more delicious to them, including peeled shrimp, roast pork and a number of other vegetables.

Particularly, there has existed a high level of interchange between the local Chinese cuisine and Vietnamese cuisine. Some have opined that nguu nhuc phan (beef soup with rice noodles) of the Vietnamese-Cantonese was based upon to create the Vietnamese famous pho (Vietnamese beef noodles). But many others have declined this argument. The Chinese in the Mekong Delta have also introduced their steamed, fried, boiled and stewed dishes to the local cuisine by adjusting the flavors to suit local tastes while still retaining the essence of the dishes. For ages, com chien duong chau (Yang Chow fried rice, a kind of assorted fried rice) has been much favored by both Vietnamese and Khmer people in the Mekong Delta. 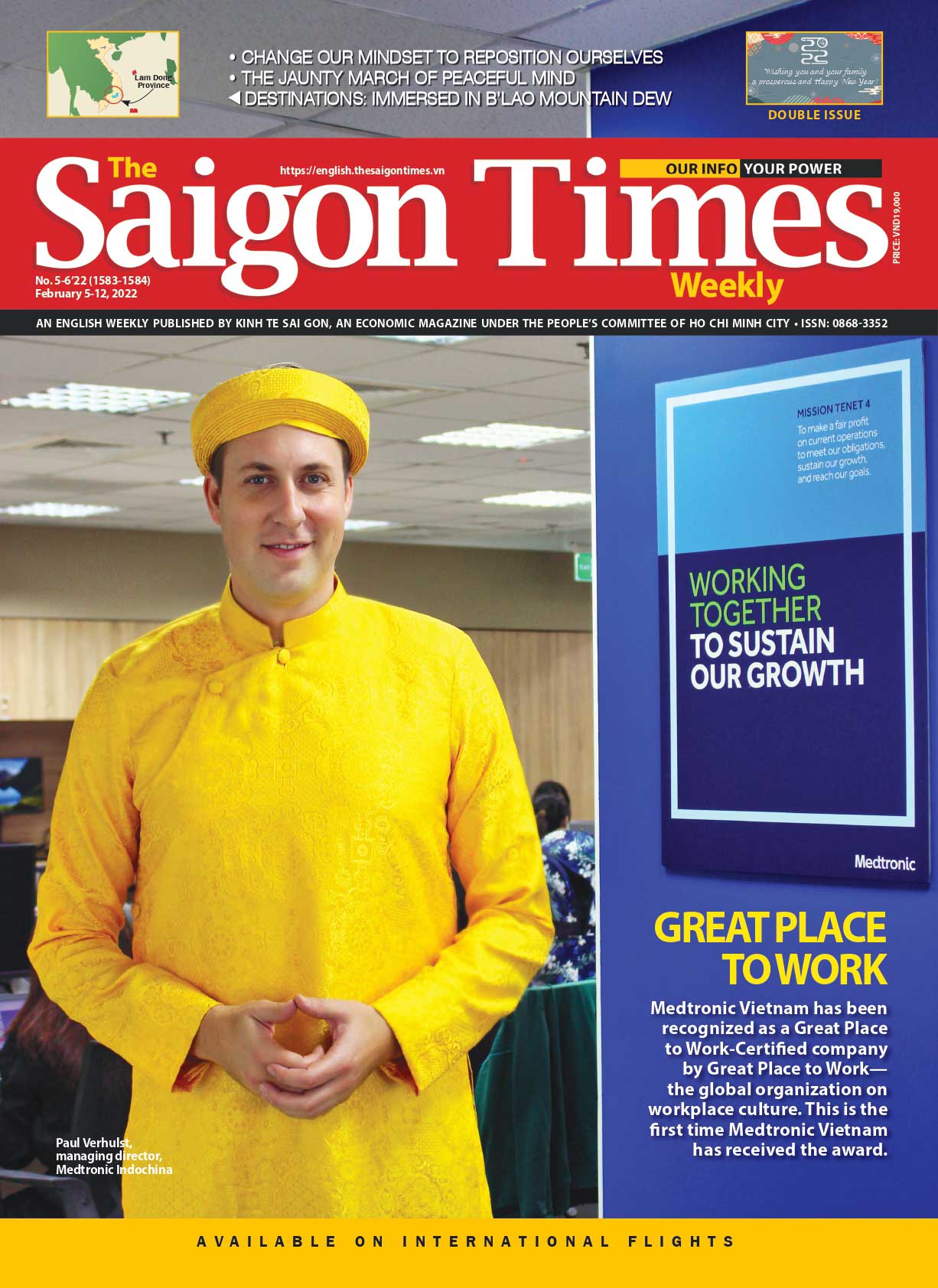 To date, the ways the Vietnamese and Chinese prepare their dishes are increasingly similar. For instance, they both make broth from stewed bones of pigs, cows, buffaloes or chickens. Their cooked rice, vermicelli or noodles are relatively compatible to be used with main ingredients being sliced or chopped meat or entrails of animals.

The ethnic Vietnamese in the Mekong Delta favor sour soup with fish. Meanwhile, the Chinese there use chicken and la giang (Aganonerion polymorphum) as replacements. In addition, Vietnamese lau mam and sour soup are favored by both the Khmer and the Chinese. The Vietnamese ca kho to (fish braised in earthen bowl) has been almost retained as it is cooked by the Vietnamese. Chinese cooks add only more fat and black pepper. On the contrary, noodle soup, ha cao (Chinese steamed dumplings), hoanh thanh (Chinese wonton), and Chinese rice noodle soup have become favorite dishes of all the peoples in the Mekong Delta. The local Khmer have also modified the common curry dish, turning it into curry rice noodle soup that can be found in different localities in the delta. When speaking of ta pi lu (da pin lo, a Chinese hot pot) or xa xiu (char siu, the Cantonese style of barbecued pork), many know that they are prepared in Chinese styles.

The concepts and culinary styles of both the local Vietnamese and Chinese styles are similar to a certain extent. Both consider food a means of health improvement. Therefore, the health effects of a dish are always highly regarded. Both Chinese and Vietnamese culinary styles put emphasis on balance, that means the harmony of the ingredients in use should strike a balance between hotness and coldness, and between yin and yang. In doing so, they believe, humans can create better digestion and keep the balance in their bodies. These values signify both interactions and integration of Vietnamese and Chinese cuisine.